Most employees at the airport are grumpy and short tempered. Not representative of the cheerful people you normally meet in Portugal.

Especially the customs officials are very surly. They don’t look at you and only talk to you to give you a short order.

I forgot to take my laptop out of my suitcase

You’re immediately treated as if you were a leper, or a potential terrorist. They ask me to step aside. Of course, I’m just a well meaning citizen, however I would like to take my bodywarmer, since my phone and wallet are in it. I don’t want to leave them unprotected. The tray with my stuff comes through the scanner right now.

The guard of the gate purposefully walks towards me, backwards, when I reach over the plexiglass for my things. She pushes me away and then gives me some orders without looking back. It comes down to: if I would like to sod off because she’s in charge here.

Fine. Doesn’t matter, you can’t ruin my day, despite the lack of sleep

I have my stuff and walk over to the other customs officer, who’s already waiting. She asks if I can open my suitcase and take out my laptop.

It makes me curious about what you could do. Things I don’t know. I’ve seen a person with bomb belt in an American series – I’ve no idea if that’s real. It’s not really part of my world.

Shoes of. Through the gate again. Suitcase through the scanner again, the laptop as well. Separately. Everything has to wait. Stand against the conveyor belt, please, legs apart. She’s rather rough when she frisks me. Do I really look that dangerous? Do I have the look of a fanatic?

What is it they look for?

In the above mentioned series (the series being Madam Secretary, which is worth watching) the one with the bomb belt was a tall blonde who was going to a international conference. In front of her was a muslim woman-with-hajib, and after she was scanned the security became a little more relaxed. A blonde never hurts anybody – seems to be the the thought.

I’m also a blonde, also tall, so why do they go after me today?

This never happened to me before 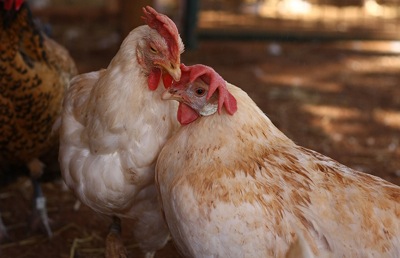 They found nothing, they also lose interest pretty quickly. They go and look for their next victim.

I feel like a chicken who was attacked unexpectedly by a rooster. And like that chicken, I would like to sit in a corner and sulk.

Right. Everything is packed again. Do I have everything? Where is my dignity? Well …  it’s somewhat reduced …

It’s quiet downstairs, I walk to the counter where they sell “First Class Coffee”. Great. I could use that. Yes please, give me a first class coffee.
“Diga, menina” says the chubby girl behind the counter in a friendly voice. This makes up for a lot. It means so much as:  “Just tell me, sister” and she pours me a comforting coffee.