Skip to content
Home » A curious combination of guests

We started here with an Idea.

Well, not just an idea, but more of an idea-l. Yes, you could still have one of those back then!

Or am I being too cynical right away?

We started with the idea-l that here in the Termas-da-Azenha people could come together – people who would normally never meet in everyday life.

Well, that idea-l has been put into practice!

I’m still writing on my blog here on Saturday night, almost midnight, because what I promise, I do. So late in the week and on the day is rare, then there is really something going on.

Exactly. There is something going on now

It is really like the devil plays with it. Until the beginning of this month there was little movement – some guests now and then, and in the meantime we tried to perform some maintenance, but because it rained steadily (very good, because that was necessary, and so the stocks are replenished, but rain is always boring and frustrating) –  we could not whitewash outside walls, paint windows, or re-tile swimming pool edges, or level mini-golf course grounds.

Also the volleyball court and the greenhouse had to wait. It rained

I was worried. The 16th of April my family would arrive, with the famous Red Van, and it was raining. Not so nice.

(All my worries were in vain: no rain when they arrived!! Sun, sun and more sun, graças à Deus) 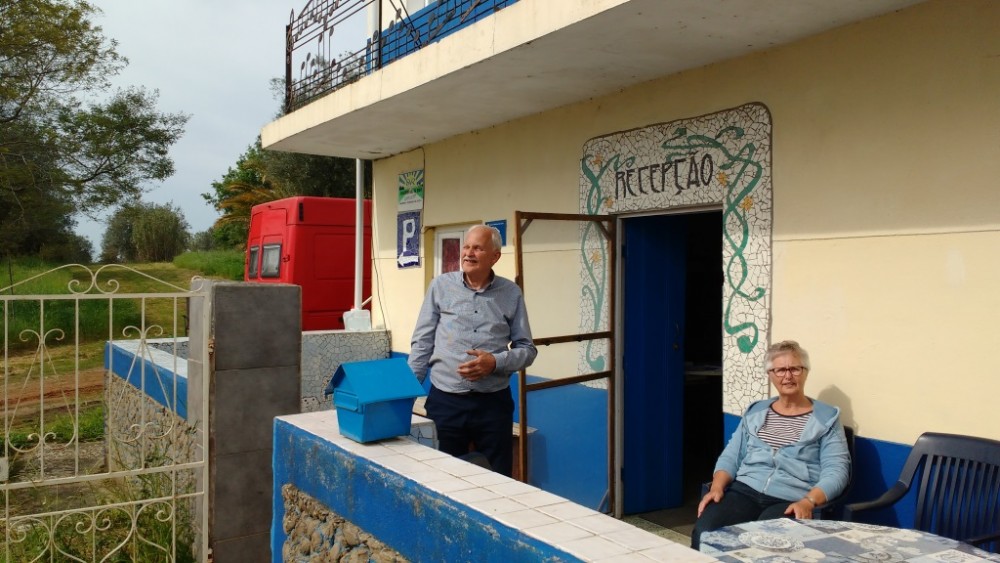 And a group of female guests would arrive the next day, a group of 2 coaches and women who wanted to be coached by them … on the beach. That’s their thing.

And it was raining. Hm.

We’re only 12 kilometers from beautiful quiet beaches here, so that’s why their choice fell on the Termas.

Very nice. Grately appreciated. But it was raining

In the week prior to the arrival of the Red Van and the beach coaching group, I received a phone call from a nice lady who wanted to accommodate a group of workers.

We dealt with this before. Two years ago we had “The painters” for three months – a group of 20 men who painted the train bridges in the neighborhood, and went home on the weekend.

Good experiences. Neat men, hard workers. They come home late in the evening, take a shower, go eat in the nearby restaurant, go to bed on time, have a smoke outside, only once or twice they’d drop their buds on the street, and park neatly at the designated place. 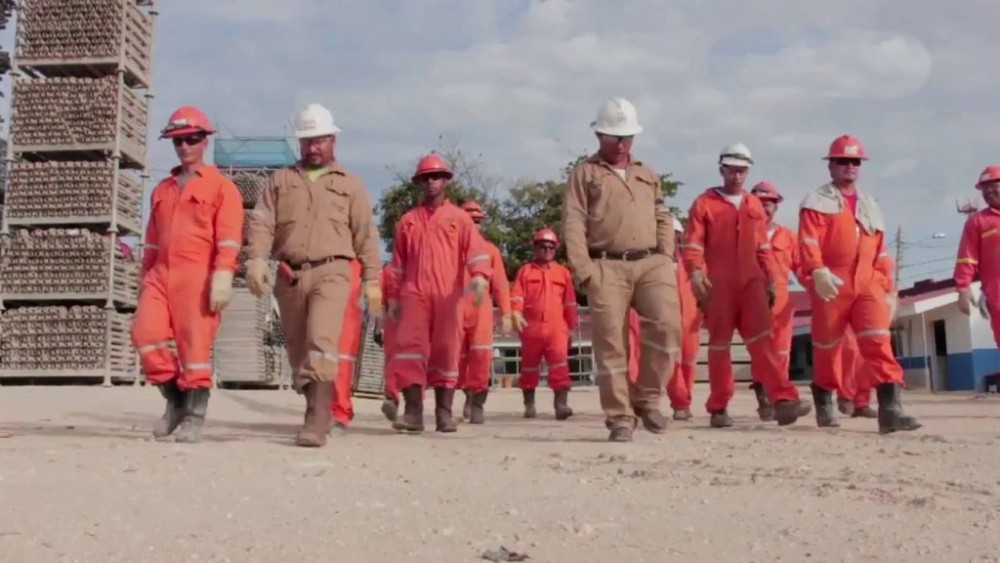 This time it’s the same. Hard-working men, who sometimes bring a bottle of beer (one p.p.), work, sleep, and get up again.

Yet a rather special combination  of guests- my family, the beach coaching group and the hard workers, all at once in one village

And they don’t get in each other’s way. On the contrary, almost. You notice almost nothing of the hard workers, but they are very nice, they always say “Boa noite” to the beach coaches when they are resting on their swing couch in Casa Oliveira. Nice, isn’it?

Yet another piece of authenticity in this authentic portuguese place

My sister brings her great qualities as a hostess, and makes a soup with her beyond praise sandwiches when the coaching group is on the patio making mosaics. 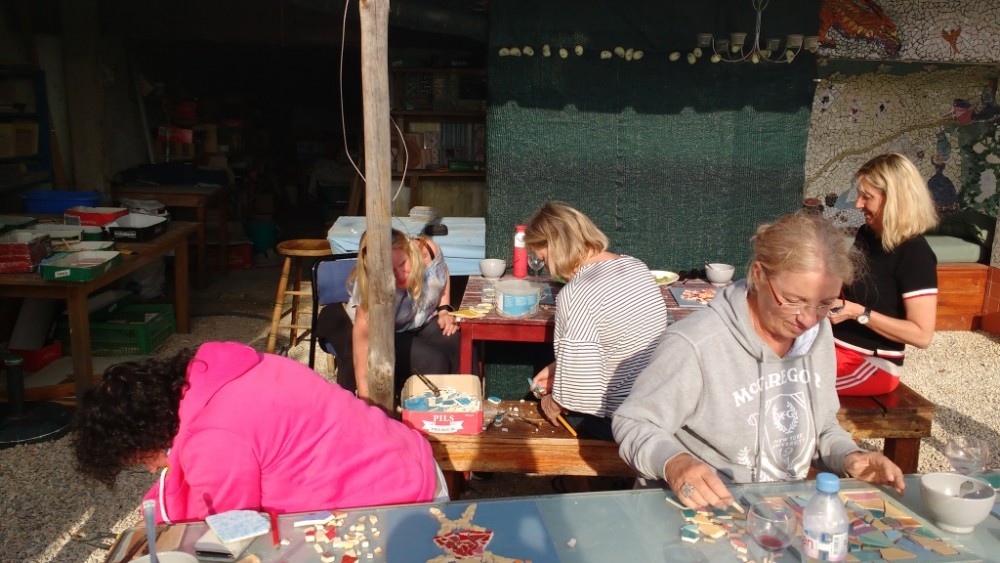 In the meantime, this group of coached women happens to meet a Portuguese-Dutch friend on the beach in Figueira da Foz, and are talking spontaneously (gossiping!?!) very pleasantly about the Termas and the like.

My brother has kindly agreed to take the mosaics in his Red Van, because there is a little time to finish it, and we want to avoid …. brrrr … nasty word … stress

A curious combination of guests. Exactly as we once thought. But then a bit different.