The parking lot is full, and the lights are on half. They no longer have bread, and the bread baking machines are definitely not going to work today.
Halfway through the first path in the supermarket I meet a man wearing a T-shirt with the print: This is only the beginning.

I meet him on every path during my visit at the supermarket.

Well, if that is the case, you can sweep me up after the next one

I had bravely gone to bed, like: “nothing wrong, just a bit of wind. Don’t be such a drama queen!”  I felt just like that at the end of the afternoon, when we hastily brought the pool covers, and the various shadow tents to safety, put all the garden tables and chairs inside, checked all the windows and closed the shutters everywhere. We slipped the stuff around the camper van of volunteers Nico and Gerda (who were in Lisbon with their daughter) under their car, and put their bikes in the shower.

Exaggerated? I really felt quite a drama queen

There was not even a breeze in the afternoon, and with some bright clouds a nice sun it was a lovely autumn weather. What do you mean, a hurricane’s coming? And he would land at Lisbon, so probably we got a bit of a strong wind. Come on. We can handle that, right? We can handle a bit of a storm, even if it already has a name – hurricane Leslie. 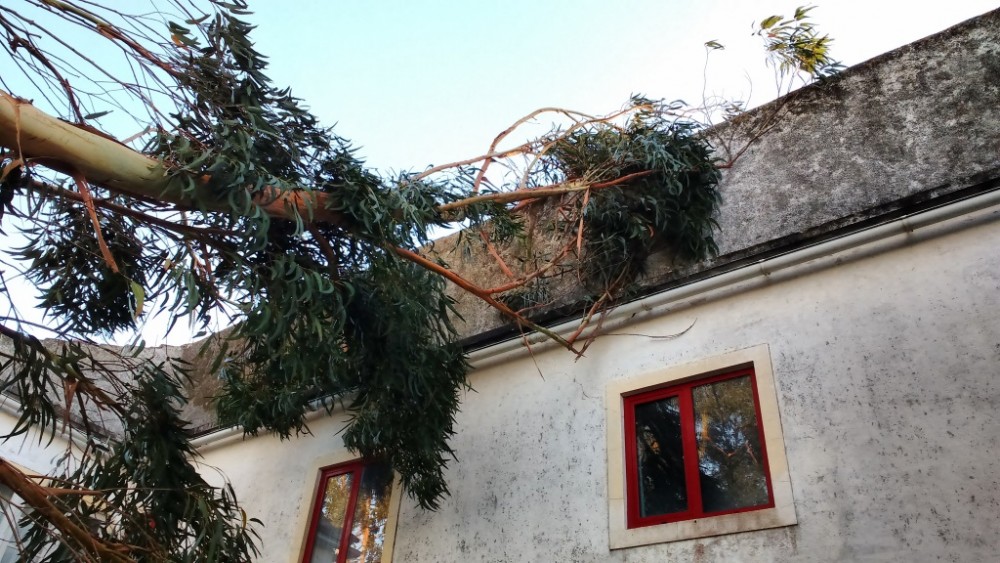 One of the consequences of Lovely Leslie … 2 trees down and 6 roofs damaged!

Son Broes came along, lit a few more candles, but I objected: “Be careful Broes, we don’t know what else happens, we only have 3 candles.”

“Luckily I picked up Bart from Soure!” says Broes, “If he really had to come here by bike, he’d have been exactly in the middle of it.” Bart is “the young Bart” an old friend of the Termas, has volunteered here 12 years ago, and comes back regularly. A sports fan who thought it was a good idea to cycle to Fátima on Saturday the 13th. And back again.

Fortunately, he went back by train (you can take your bike on the train, costs nothing extra, no problem, you don’t even have to book) and that went a bit faster. I’d already received an app halfway through the afternoon: “Can someone next time tell me that after Sobral there’s not one meter flat in this country” – which made me laugh loudly.

Later I was very happy that he was in his room, because hurricane Leslie was violently present, and had chosen Figueira da Foz as landing spot instead of Lisbon. Figueira is 12 km away, as the crow flies, so we were the winners.

“Pffff, don’t you think this is boring?” Broes would have liked to sit at his computer to play a game or watch a movie, but that was completely beyond every possibility. You couldn’t step outside, you could feel the suction upwards – or was that my imagination? And it was pitch-black everywhere. We were of course badly prepared. 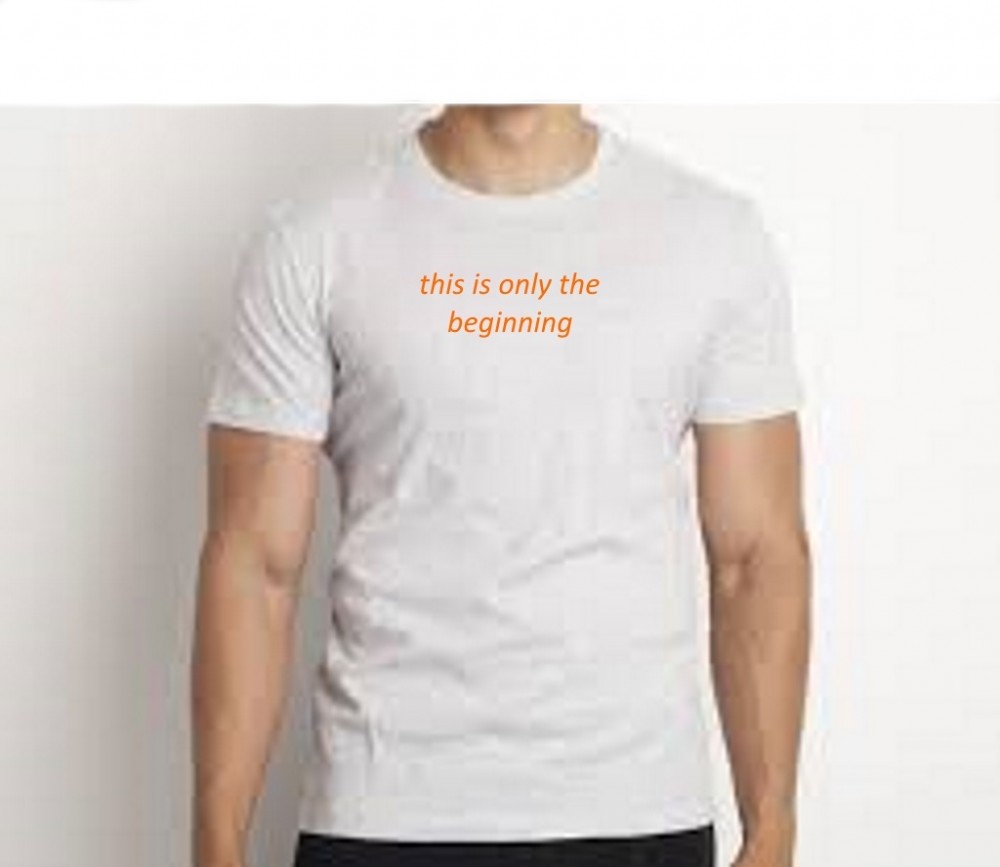 I hadn’t finished my sentence or there were Lucille and Tomas, the French guests, seeking protection in the warm candlelight in the kitchen. Especially Tomas had a bad time. It was difficult to ignore, because a hurricane doesn’t come quietly. It makes a lot of noise. You didn’t even hear the roof tiles fall on the street – it’s lost in the roar.

Mother Nature is angry. And we will know that too

Sorry, mommy! We didn’t mean it that way! We don’t know what we’re doing, we’re still a little stupid. It’s probably going to be a hell of a mess to change things so that mom gets a little more calm again.

So that man with the T-shirt will not be right with his: This is only the beginning!