The first and only Bed & Breakfast & Bathrobes in the world

Until now, it was a bit here, a bit there … a family here, a family there, sometimes the whole village was full for a few days when there is a festival nearby, sometimes full with mothers during Mother’s Day weekend, and in between some campers. From March and on, it’s like that until mid July.

And then high season starts, everywhere

Netherland and Belgium have holidays! And since Portugal is the safest, nicest, friendliest country in Europe, which is something more and more people are discovering, our second home country is slowly being filled from top to bottom with rental cars with sunburned people in it.

For us, the best part of the high season is that you meet all kinds of different people. A couple of Spanish women, one of which is involved in the construction of Gaudi’s Familia Sagrada, and the other glass artist; a mother with two children who makes a world trip and teaches her children herself, and a dutch couple – he travels around the world for KLM and she is involved in a special theater production in our “home” city of Rotterdam. 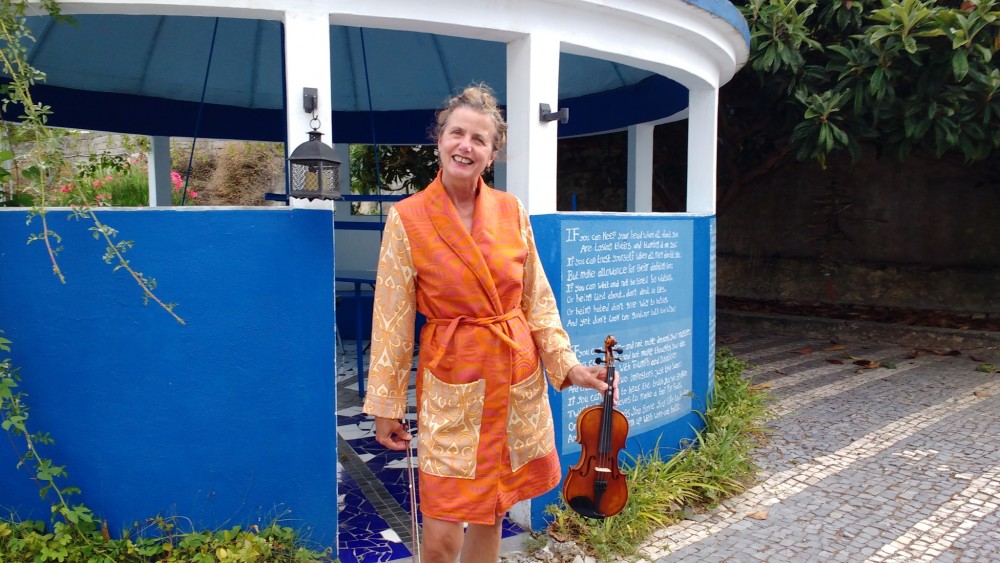 So, you can hear nice stories

Of course I want to hear everything about that theater production. (You’ll probably not understand one word of all this, but I put the link anyway). My roots are in Rotterdam, and in the theater, so well, what else do you want? And it’s called: “When we left Rotterdam”. The first sentence of the immortal song “Ketelbinkie”. Great, right?

Sometimes I’m sorry I do not live there anymore, because I would really like to go to this show.

More than enough material for conversation, because Portugal is number 1

They’ve visited Portugal for years, and that’s the case with all these people – nice coincidence! So, they know Portugal about how it was 30 years ago – so we can also become a little nostalgic.

Ron tells us about the first highway in the south, which was built in ’93 (!) from Seville to Albufeira. Since then, infrastructure has improved, but I remember the holes and pits of years ago very well, when I first traveled here.

And that’s very nice, because we’re all used to getting in the car to do something. A day to the river, heading to Coimbra, let’s take a little spin, a day of culture in nearby monasteries and cathedrals or do sports in the dune climbing park.

It’s 3 o’clock and everyone’s out

Sometimes, you notice little of it, the high season, here in Termas-da-Azenha. There has been one couple who stayed at home –  I just walked by and had a little chat: “Delightful, that peace and quiet,” said the she of the couple, “I’m just breathing all the stress out – nice with that breeze and the birds … I almost fall asleep. ”