Jogging volunteers and other pleasant things

“Did you know that I was almost arrested for harassment?” Paul asks with a mischievous look in his eyes. “Oh,” I almost recoile but laughing, “do I have to worry now, lock my door at night?” 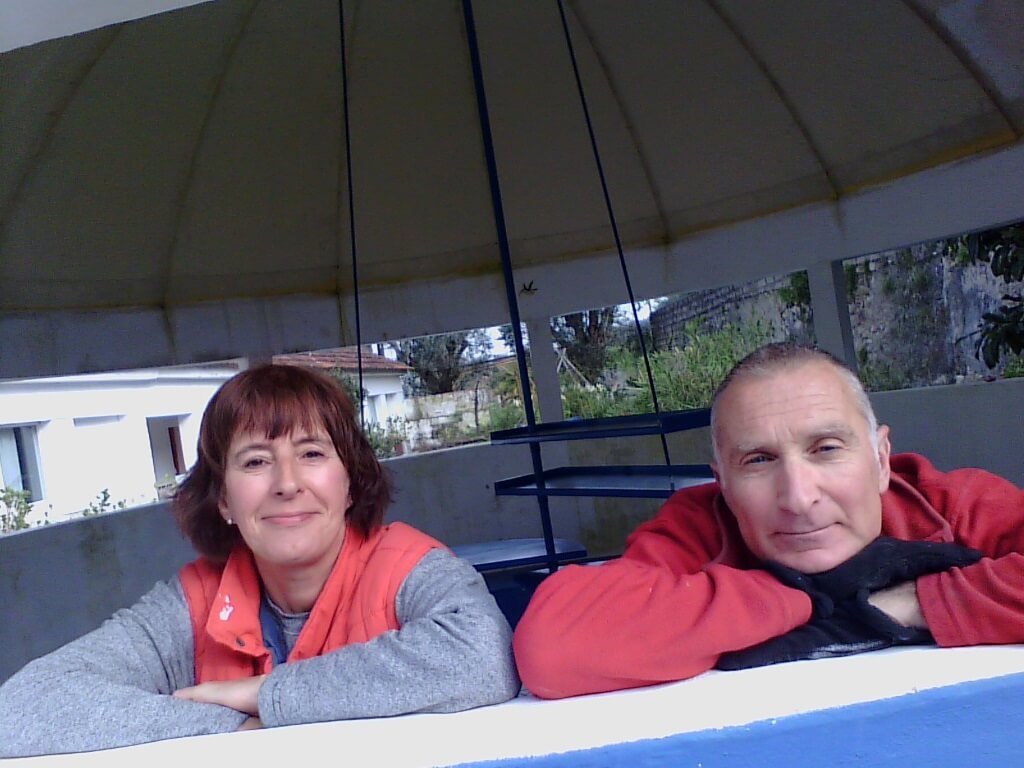 He dismisses my remark, clearly looking forward to the story:

“It was when I lived in Nijmegen (Holland), and was jogging there

Every day. I always put my coat and stuff in a little hole in the park, and then I set off. And then I took my coat out of that little hole again, and everything was very easy that way.”

I already laugh because I see him doing it. And it also makes sense. Why would you wear a coat when you go jogging? Why would you not hide it in a little hole because you will need it again afterwards when you walk home? Then you cool off, and you need the protection of your coat.

There is more: “Buhut! On a beautiful day, when I came jogging back to fetch my stuff, suddenly a group of women sat close to my little hole

So when I ran towards them, they were startled – I couldn’t do anything about it, I just didn’t notice – and they started cackling … “and now he really has a sparkle of misschief in his eyes: “… like chickens cackling to each other when they’re hysterical.”

By the way, Paul is a real gentleman. An almost extinct breed. One that will always keep the door open for you, who’ll speak to you patiently even if you come up with the weirdest things, and will never raise his middle finger in traffic.

I just wanted to throw that in, that there was nothing fishy in that little hole. Just a jacket

Because yes, a gentleman only jogs in the park. Not in the streets. That’s weird. You don’t do that.

“What are you doing here?! What do you want in that little hole?!” Paul meanwhile continues his story, “they were screaming and pointing, and I just came to get my coat. They just got in the way, nothing more.”  This story is infused with entertainment, but also with indignation. Even after all these years. That they could think that he …

“They called the police, can you believe it?! I received a warning. I still didn’t quite get it. What’s so bad about a man hiding his coat in a little hole in the park?”

It is now the fourth time that Paul has been here. I call him Paulie, after one of the characters in “The Godfather” – one of the films I definitely should see, according to Paulie. The first time he came as a volunteer was in 2013, and did a great job on the ElephantHouse. Socially as well; the boys watched a lot of football together.

We know each other now. I know that those innocent blue eyes are really innocent, and that this story is about finding a handy hiding place for a useful thing that you will need again later.

I have to laugh really hard at this story. I can see it right before my eyes: a group of suspicious women who think the worst of a man who is acting a bit weird, and just a little too close.

Uncomfortable for everyone, while it wouldn’t have been necessary at all if your thinking is based on the goodwill of your fellow man. But – a nice story afterwards. My belly hurts from laughing about this idiotic situation.

Would that be the effect of “watching the news”? That you’re looking for something behind everything, because you always hear the rotten-apple-stories?

What do you think? I’m curious!