Skip to content
Home » Porthola! There’s our Portuguese teacher from 20 years ago

Meanwhile, everyone is back to everyday life, with a vague memory of the holiday. Life gobbles you up, and drags you on. This also happens here, but there is space here literally and figuratively to look back, to be equally nostalgic.

Two French brothers with a very small dog; a big German family with nice plans for the future, who will stay here for at least a year; a couple of Portuguese couples and a young German couple with a very cute baby of almost a year. 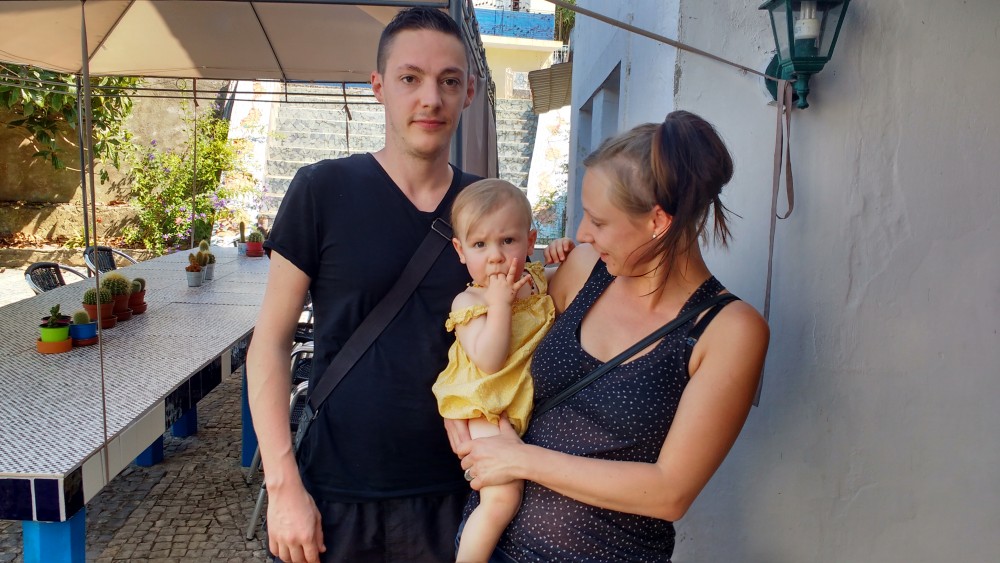 All in all still a full village

It’s difficult to communicate with the French brothers. They only speak French, and I’ve lost that when learning portuguese. It looks too much alike, I have to think for too long. But I still understand it, so if the other party at least understands English, it’s fine.

It’s a bit of a babylonic confusion with the two, cause they don’t, but we’ll get out of it. It’s easier with the Germans, because I still speak German, and they speak English well. Both German families have plans to move here, so one of my first questions is: “Do you speak the language already?” The other: “Have you been here in the winter?”

With all that summertime nostalgia in my soul I immediately associate myself back to before this far-reaching emigration, helped by a message via Messenger

I recognize her name immediately, even though it is almost 20 years since we saw each other for the last time. That’s not always the case – I have quite a few names to remember, but this is one that is connected to an important moment in my life. And we’ve had more than a year with each other, once a week.

It took us years before it happened, and in those years of preparation little brother Broes was born, and besides packing many, many boxes,we also learned the language.

At first from Jeanine, who at that moment was expecting the boy who is here and now 20 as if nothing happened and is sitting at the table like a big guy! For me it’s like: one moment a bubble in your mother’s belly, and the next moment a handsome young man of 20. Porthola! Time certainly flies!

Sometimes it was difficult for Jeanine, the personal reasons not always clear, but everyone has less energy for earthly things when she is pregnant, so occasionally Miguel came to teach on Friday night.

Jeanine and Miguel – a cross-border marriage: he Portugal, she Holland: Porthola, as their translation-services-empire is called 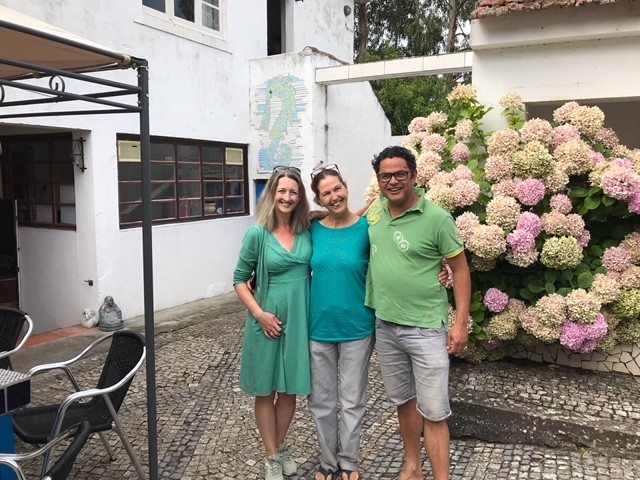 We learned from them the term “Porthollands” – and we still speak that today. Dutch laced with portuguese, and in our case also with English words and expressions. My sons speak better portuguese than I do now, even though they started with a huge backlog at the time.

And even though I have a somewhat more limited vocabulary, I am still grateful to Jeanine and Miguel for their efforts to teach us the first principles of the fine Portuguese language.

September nostalgia? No … not only that …