I had seen them from the corners of my eyes.

Two little rascals in the meadow with our three big donkeys. I hadn’t paid so much attention to it, probably thrown out of the car. That happens so often. Baby dogs are not really a gift from heaven here.

What should you do with baby dogs? Nobody wants them, certainly not if it’s a girl

Every night, when I got in the car to go to the meadow with three bowls of ração for João, Bambi and Faísca, I saw them hide in the bushes. 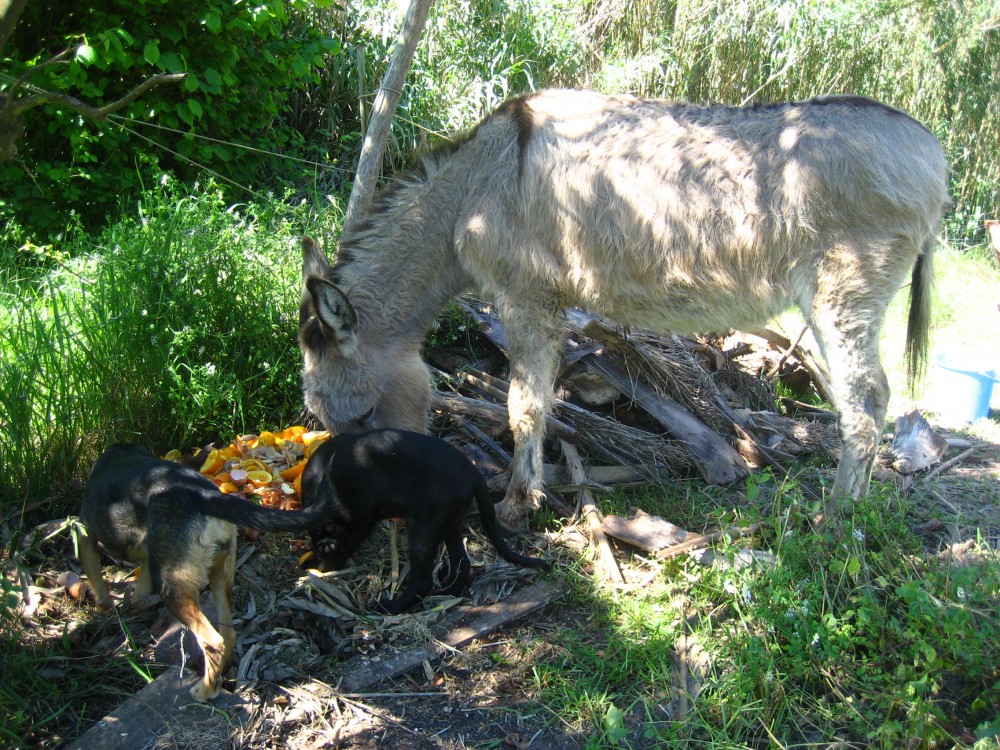 Later that month there was only one, and I got complaints that there had been “something” in the trash cans of the guest rooms. After all, I finally took a box of dog food to the donkey’s meadow, because of course we can’t have that, messing around with trash cans.

After the summer, the donkeys went back to the orchard, to the other extreme of our village

The dog moved secretly with them, but became slightly less shy. She seemed to be quite clever, very different from another dog that I had picked up from the road. We had called that one Wolf, because he had a wolf’s head. The rest of his body was not so well made, it looked more like a frizzy sheep. He had too much hair for this climate. And he was savagely dumb.

The first time I succeeded in stroking her she had approached reluctantly. After a few gentle strokes over her head and shoulders she was so happy that she ran like a tornado round the shed. So fast that you could hardly see her anymore.

That was the beginning. She got a bit looser, just stayed with her friends the donkeys, even when there were people around. Especially João was her big love. She licked his eyes clean, and sometimes played with him, that is to say: he remained on his spot, a bit clumsy, and she ran around him and jumped to his head.

Always in the company of the donkeys. Her big friends 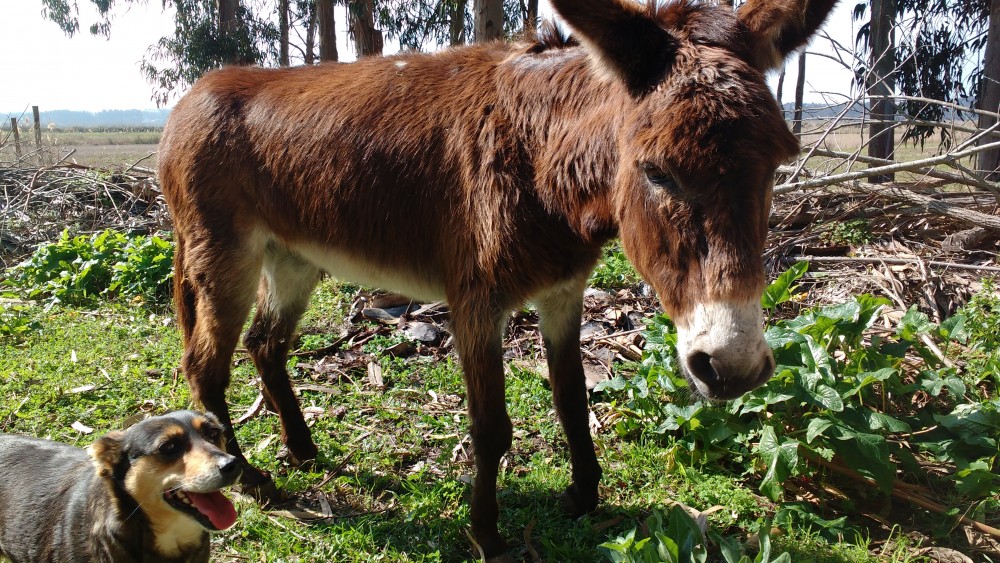 After living with such a creature for a while, and it became clear that she was there to stay, ao the need arose for a name. Gosh, what’s a good name for that animal? We gave her a name in the best Portuguese tradition: function and occupation in one.

Donkeydog – in english, because it had to be international of course. That everyone can understand it

Some people call her Donkiedonk. Also fine. In the meantime she’s so used to being the darling-of-all last summer. She went somewhere special on the stairs to a house, or a terrace to provoke nice treatment.

She knows she may not go in anywhere, that she is not wanted on the village square or by the swimming pool, but I can’t forbid her to just walk past a house at a time when she knows that sweet little boy is at home …?

She has now become a mother. Gave birth to her first litter. Now she was an “old prime” as my sister the midwife always indicated during the table conversations: a somewhat older woman who gets a first child. She prevented previous pregnancies by simply sitting on her ass in case of any interest. She did so – thank God! – when Wolf got an interest in her.

I thought that was a brilliant solution, and proof of her intelligence

Unfortunately she didn’t do that this time. And I know the father. At least … know … I chased him away a number of times. A black-haired tramp, he looked good, a little neglected but not an unattractive dog. “Oh no, Helena L.!” I said to myself, “we have picked up enough dogs from the street. Not again!”

You can’t re-educate severely mistreated dogs, They’ve spent their lives on a chain or in a cage, and never interacted with humans that much. Not like here, anyway.

That is to say: I can’t re-educate them. My pedagogical qualities are nil in that respect, and I’m far too impatient. Just ask my sons. They know everything about that.

I hardened my heart and chased him away. But he left his mark. Two marks, in fact. 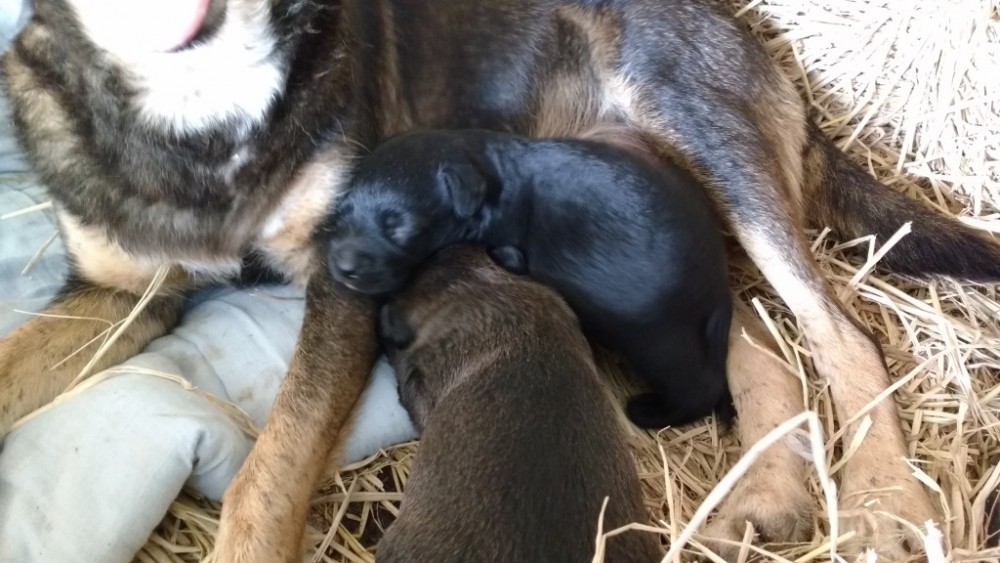 A sweet baby dog, anyone?