This spontaneously comes to mind when I lie in bed, and hear the rain singin’. At half past six in the morning I vaguely wake up and think: “What? Is it rainin’ again? “And just after that:” Oh no! The sheets are still hangin’ outside! ”

(Even in my sleep I can make jokes – not the good ones, but still …)

“If this is climate change, I’m not a fan”, I make a joke to my son, who’s vaguely awake when he drags himself into the kitchen. He doesn’t appreciate the joke. The morning is the time of the day when he gives a mumbling answer to everything.

Doesn’t matter, I’m used to it, and everyone has his/her own way of doing things. This is normal behavior for him. Especially early in the morning. Few hours later, he’s the one making the jokes.

But that rain, that is ab-nor-mal

It’s pleasant for us, because it doesn’t rain all day of course. We’re still talking Portugal. It’s cloudy, sometimes with a beautiful threatening dark cloud in between, which sometimes discharges his/her (?) content above our heads.

Not necessary to water the plants. And it’s 23 degrees, so no complains about that.

Different story in United Arab Emirates, a visitor told me, who had found the Termas on the internet, and was interested in the water. Water is a precious commodity in the UAE, and pure mineral water that just flows out of the hills through a bathhouse – that gentleman wanted to see this!

“It is now 50º there”, he said concisely, “I’m thinking about spending my last years here in Portugal.”

When I almost fainted from only hearing about this heat, he shrugged and said: “Ah, you get used to it. It can be as high as 60º. But then you’ll not be outside anymore. ”

I understand that you want to move to such a wonderfully temperate climate like this, wíth rain every now and again

And I immediately did not really mind the cloudy sky and a little bit of rain.

That got even better when I talked to my Russian guests, who almost started to dance with pleasure. They stayed for a month, and adored it.

“In Moscow it is now very hot, very briefly, and then it soon becomes boots-scarf-hat-gloves-again”, not really agreeable. They found the cloudy skies “just beautiful!”, and the temperature very pleasant. 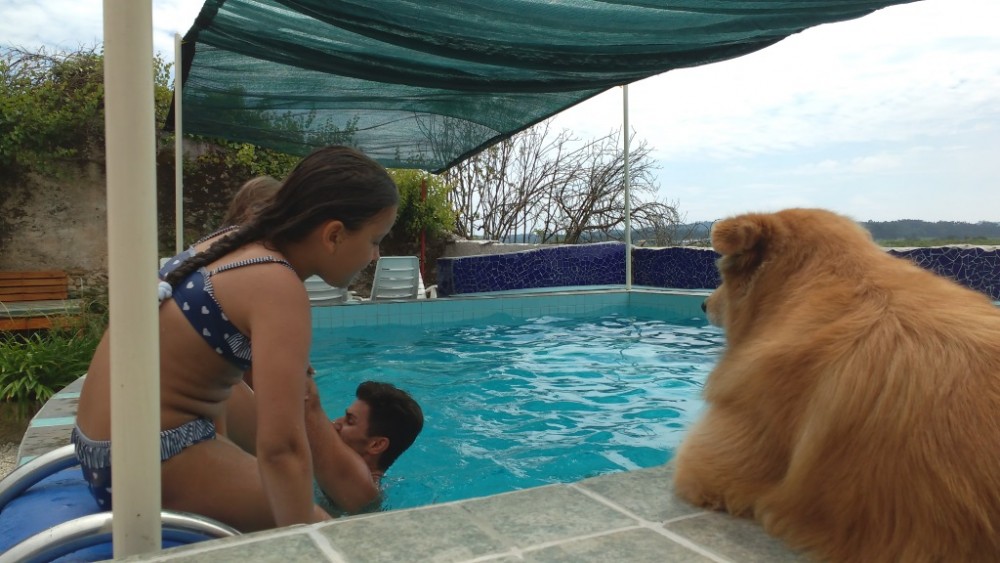 In the meantime I emailed a woman from Brazil who reported that she was lying there all day with a fan on the sofa, and was trying to do something on her laptop. No energy. “So humid …” she complains, “I am looking forward to being in Portugal in September!”

The only ones who do not want to be here at the moment, are the people in the north of Europe. They have beautiful weather, almost the entire month of June. Also very rare

Here it’s back to normal again. Nice and warm, sea breeze in the afternoon, a few white clouds, but that’s not bad. The big advantage is: all water supplies are replenished, and there’s much less chance of forest fires.

Normal is for a Portuguese summer: 25º or something, and no cloud in the sky!

The rain brought something more – a rare and wonderful surprise: 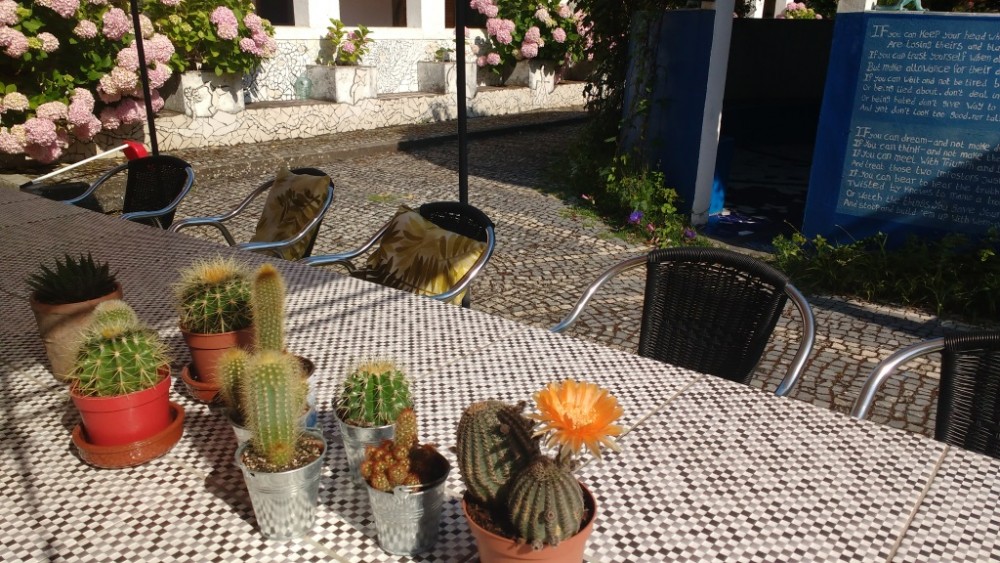