His wife is standing in front of me in the hall in front of the bathhouse, telling us about their adventures on the beach the last day, and the shenanigans of the water. He is leisurely leaning against the door, with a face that shows little expression, but you can feel that he enjoys the story of his wife.

It was quite an adventure, today at the coast 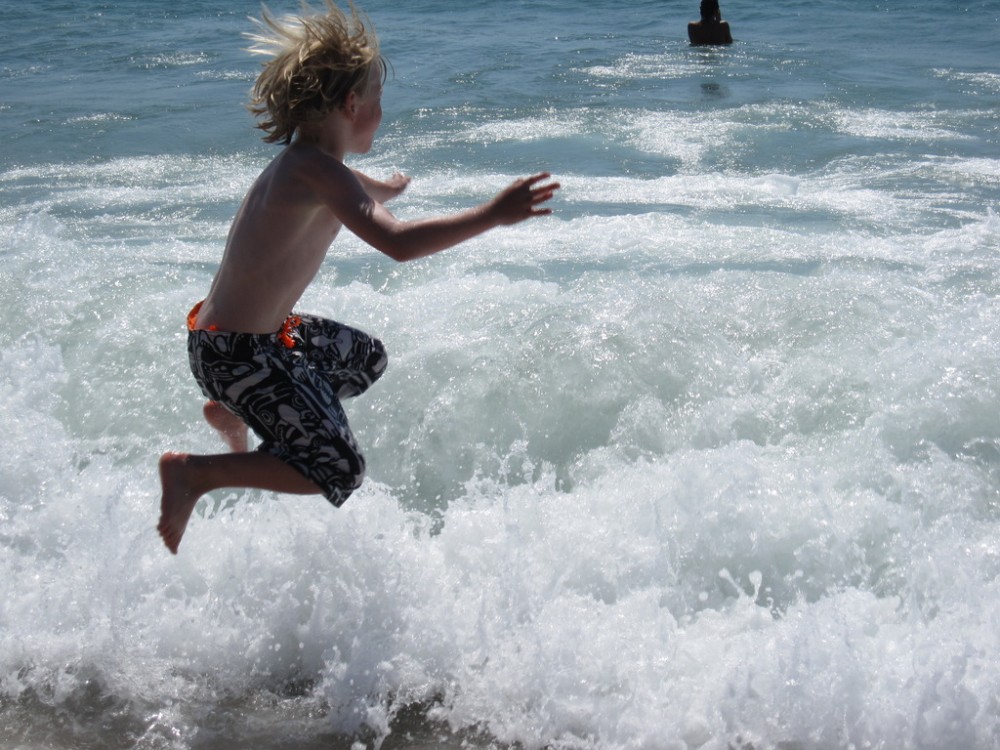 Almost every day to the beach. You can choose which one. Do you want to be able to swim well and be on a nicely populated beach? Then you go to Figueira. Would you rather have a quiet one, and maybe buy a nice fish, fresh from the ocean, then you go to Costa de Lavos.

If you’re lucky, there are beautiful high waves! This foto is an extreme, we don’t have them here that high normally. If you’re an experienced surfer, you dream of these.

Do you want to climb between the rocks at Buarcos? To the surf school in Costa Cova? Better still: to Cabedelo, the best place (experts say, and I just repeat it) to surf at the delta of the Mondego?

You can choose. Beautiful clean beaches await you in just under 20 minutes

The German family was a fan. But they had not counted on the unpredictability of the ocean.

A bit, because: “We’d looked carefully, and calculated that we could put the towels and the things there.” She has to laugh very loudly, and her husband smiles at her memory.

From my point of view, she’s apparently reliving it all

They were beautiful waves, the past few weeks. Nice high, and a lot! You can have a lot of fun with it. But! Cherish at all times a holy awe for the sea, because there are strong forces at work.

You think: okay, the tide’ll be low, so we can easily lie down here, just off the water line. You spread out your towels, put down your phones and your e-reader, and you all play with the waves.

They just came back when an outlier came. It’s like that. It is an ocean, with an unpredictable temperament.

Our German guest bowed to the ground with laughter, when she remembered the panic that caused the raging wave. “I just grabbed my towel, when I saw my shoes drifting away behind me, and I cried: O! Look! My shoes! ”

Her husband was still happily leaning against the door and enjoying her tasty story in an undercover manner. I was full of laughs, but also frowns when she told the drama of her e-reader. That was saved, fortunately (“There are 400 books on it, I read a lot, and this is my everything!”) But there is an ugly crack on the screen. And when her daughter, in her zeal to comfort and to help her, tried to polish it, but instead of cleaning it, caused two less deep scratches in there.

Her husband asked me a few hours ago if they could do a bit of laundry. It was a bit in a hurry, ’cause they’re leaving tomorrow. All towels were soaking wet and covered with sand. I didn’t hear about the drama yet, and said, “Of course! Leave ‘m here, then I’ll take them to the washing machines. ” 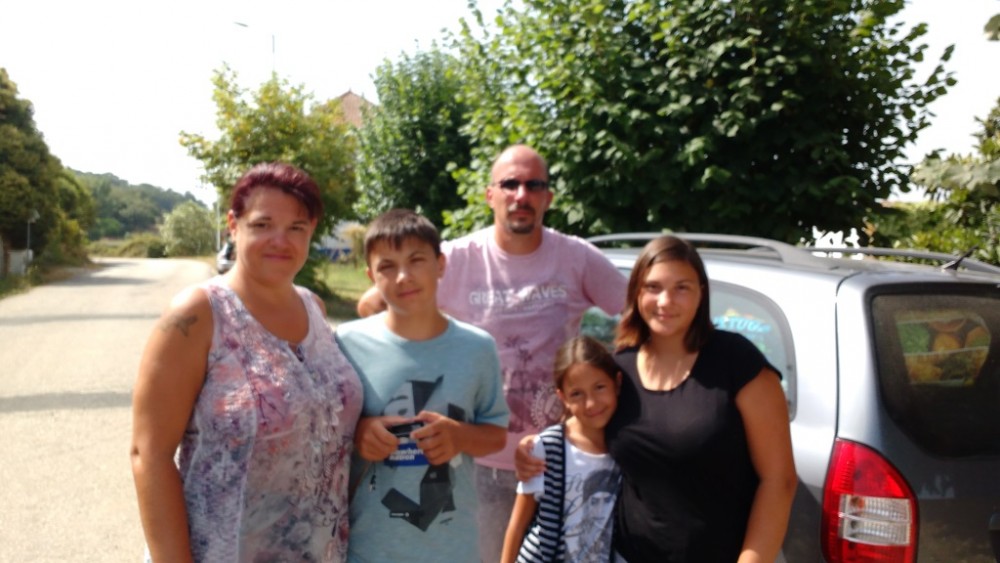 It weighed a ton! Only five towels but with a few kilos of sand each, and soaked with a few hundred liters of water – it seemed

It all ended well. They could go home with dry towels, and with a lovely memory.