I understand why children learn to count young. You quickly need that. It is knowledge to survive. To make friends. To be able to participate. To count down. To count as a person.

Children’s games almost all start with a count down

During the day you come across groups of children who count on one knee, with one foot against the feet of the others – like a flower of feet – to do this.

If things are not going well, and the judgment is not found to be fair, then it is exactly the same. An explosion of indignant cries: “No, not at all!” “Not fair!” “Well! You’re dead! “” Not !! You’re dead! ”

What can happen when you unsuspectingly walk to the swimming pool – that a little boy of not even 80 centimeters of hight is running right past you and shouts: “Shoot me too! Shoot me dead too, please! ”

His extraordinary request is because the big children are doing a game where that little man literally comes behind. After a few days they had found a solution themselves. The biggest boy with the longest legs was a combination with the smallest. Then you came across that little fellow again, panting, and I said oncoming: “He is in that direction” but then I was wrong, because: “He gets them for me, he can run much faster” and byebye, away he was again. 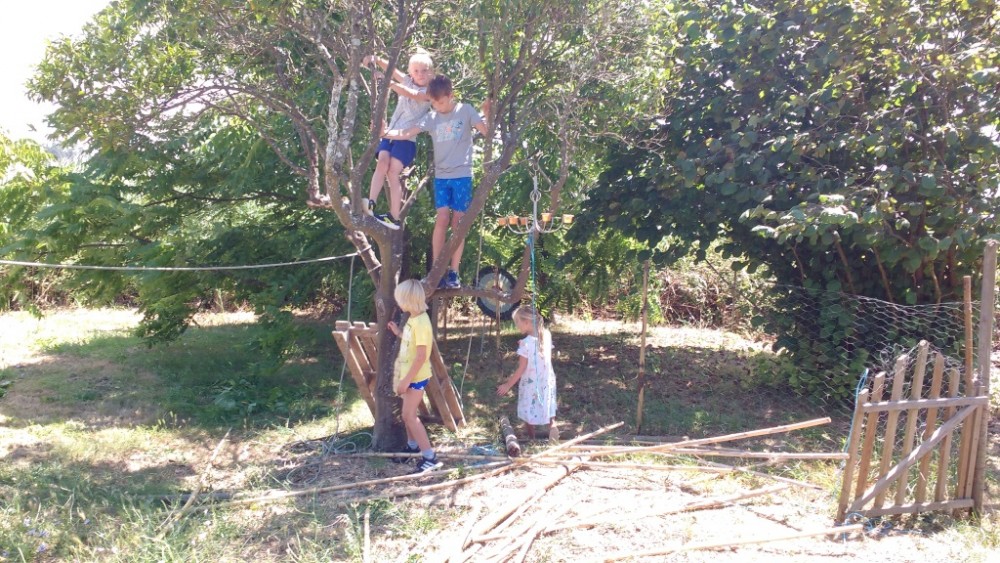 Here and there a little guidance, but for the rest they guide themselves

These group processes go very fast with children. They hardly meet, or they’re already busy chasing after each other, or they do a bomber dive in the pool while their parents still shake hands.

Some things are not allowed. You can not sneak in the adega to pick up scissors, pliers, garden tools and machetes to play in the tree house. That is too dangerous. When you are caught in the act, you are summoned to bring back everything.

Of course there are also dramas sometimes

I caused one myself. Unintentionally, of course, in fact: I stood in the doorway of the bathhouse and called to the children who were running past: “Hello, all of you!! Pay attention! ”

Very benevolent – strange eyes – they froze, one foot already on the next step of the stairs to the Fairy Tale Terrace, ready to go on but with a little bit of attention, because they could hear that it was apparently important.

“I’m closing the glass door now! Tell the others, if you meet them, don’t forget it! “And while I was turning around, a girl bumps against the still half-opened side of the door.

“I thought I could just get through”, she said a little shakily to her mother, who had been alarmed by a few of the others, “I thought it was still possible.” Oh, gosh, she was right on my wrong side. Had she taken the other way, she would have been absolutely right. And now she was sitting with an ice pack on her head, and she had to go to the motor home to cry very loudly in peace and quiet. Without an audience, because everyone was obviously crowded around to see what was going on and to comfort her.

I felt her pain because I also ran into it at full speed, when that door was just mounted

It hurts effing much. And she went a little faster than me.

Fortunately, she didn’t have her glasses on – that’s something positive – and the ice pack did a world of good.

She was playing a games with the others an hour later. 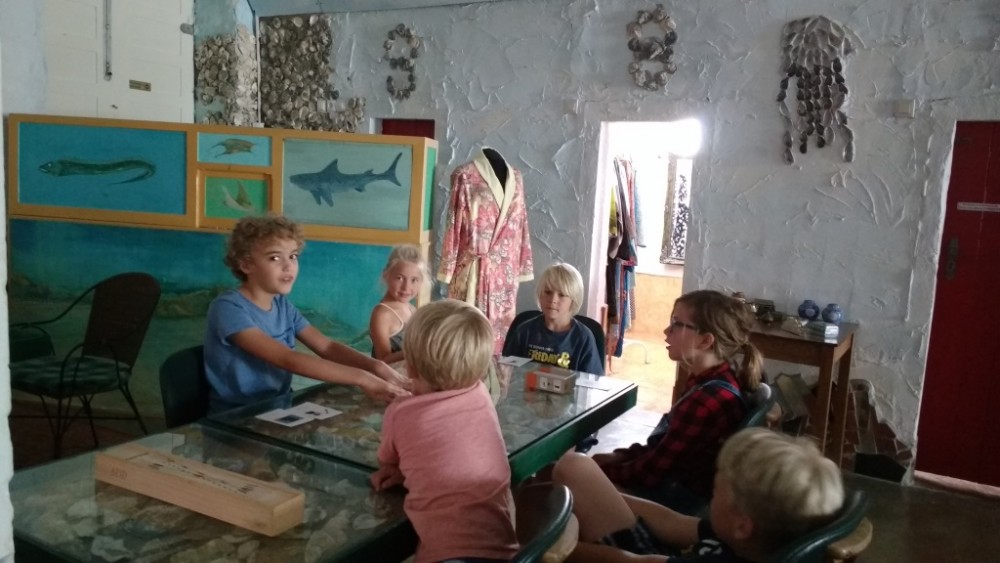 They will be coming, and they will be going. The remaining lot is not difficult about it. Just go on counting. Counting, riming, running, swimming.

That’s what it’s all about. 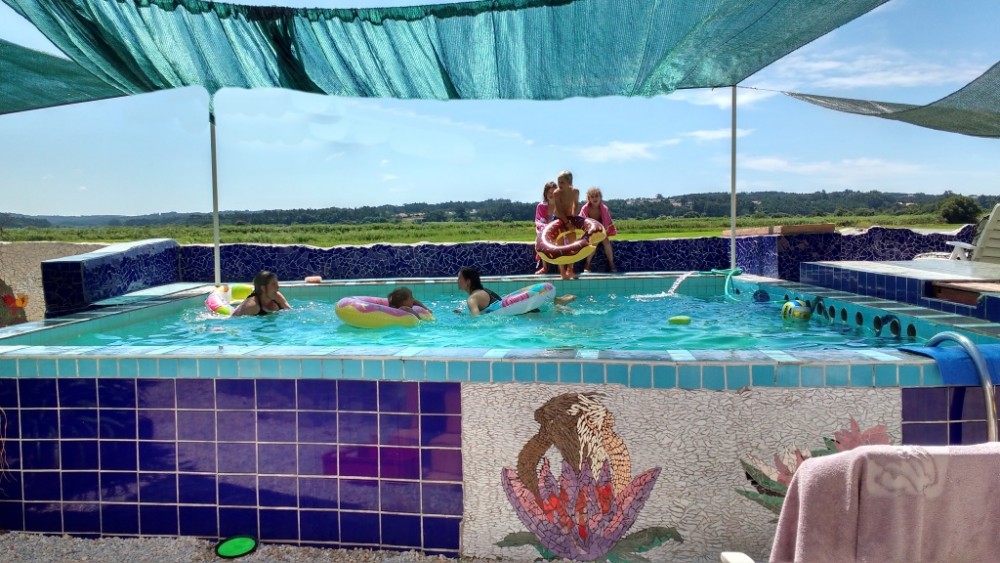