We are writing 2005. How exactly do I no longer know, but I still see the man in front of me in the office. Jonathan. At the beginning of thirty, a bit ruddy, and very enthusiastic. Enthusiastic in an English manner.

He had a photographer with him, and we had to be in the book. In the Cool Camping Guide 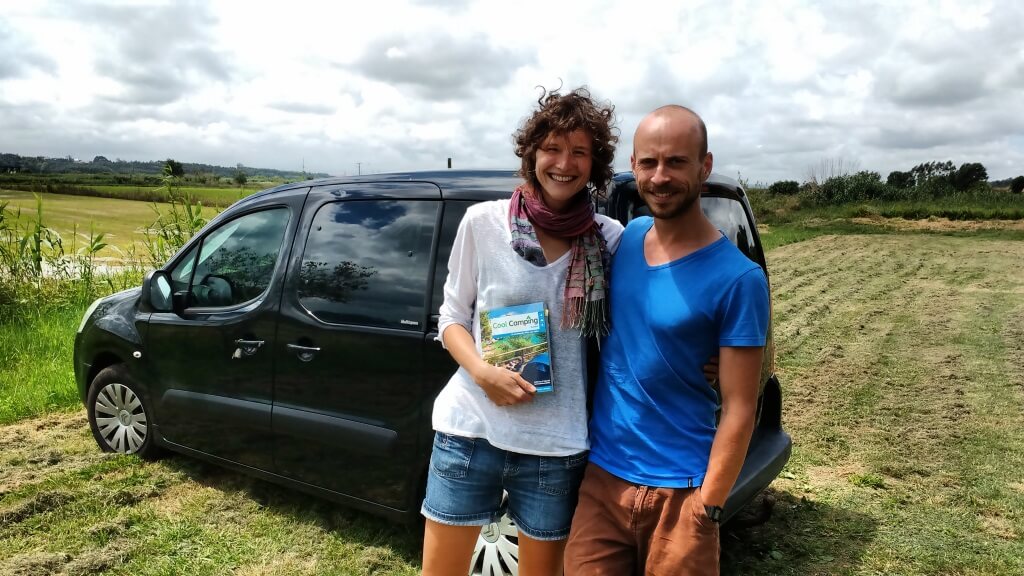 It kind of surprised me. At that time I was busy with everything at the same time, also very enthusiastic – in Dutch, so it went smoothly and efficient.

So many people passed by, curious about what was happening. Portuguese, Dutch, English …

This Jonathan and his companion went to make a camping guide. With very cool pictures. So the Cool Camping Guide

In 2005 that was still a real book. On paper. That’s a lot more hassle than an e-book. You do that pretty quickly – even on your own. A whole team was involved in this paper Cool Camping Guide.

“Olá, hello, hello …. which language do you prefer? Welche Sprache wird es sein?” Usually I can tell by someone’s face. And then a look from the corner of your eye to the number plate is a little extra information, along with the experience that you know that in the preseason you often get northerners who want to enjoy the pre-season rest.

This time it was a bit of a surprise, because the woman spoke very good portuguese. With a German accent, so I knew she had to have german roots. I don’t hear any differences in Portuguese – they can come from the north, south, middle or from Trás-os-Montes, I hear little difference.

I guessed well. Portuguese-German. And again: they come via the Cool Camping Guide. The book from 2005. Jonathan and his team apparently have made an immortal book, especially in Germany, because I still get people through the Cool Guide. And it’s true what I always call those – always – unexpected guests: “The Cool Camping Guide is great! I always get nice people through them! ”

The best thing is of course: they also like it here. Bingo!

Some are blushing, but it’s true. Exactly the good target group. Prosperous people with a broad frame of mind who’re looking for nice quiet special places but not in a snobbish way. Not to mention that they were   “at the Termas-da-Azenha, they were in the Cosmopolitan, didn’t you see? They were mentioned in “Gute Welt” and did you not read that article in the Snob Magazine?”

It will not have been exactly the next day, but in my memory it is a bit linked to each other: right after that a prosperous gentleman from the ANWB came along who was looking for special camping spots.

I showed him everything, and he became happier and happier

The ANWB is a very large organization. I was very impressed, because well, we were not busy for so long, I hadn’t been marketing our campsite so much until after my divorce, so would this be a good idea? “Yes, yes, this is perfect for our Charming Camping Guide!” laughed the friendly gentleman whose name I forgot (sorry), “this is just a place where a part of our target group is looking for. Quiet, green, different, but kind of Dutch. You will come to our Charming Camping Guide. That’s final.”

Okay. He will know. After all, he has experience with the ANWB target group.

Yesterday I got a parcel with a “selected small camping” flag and a few – as always – unexpected camping guests. Via the Cool Camping Guide.

And the flag? From the ANWB. 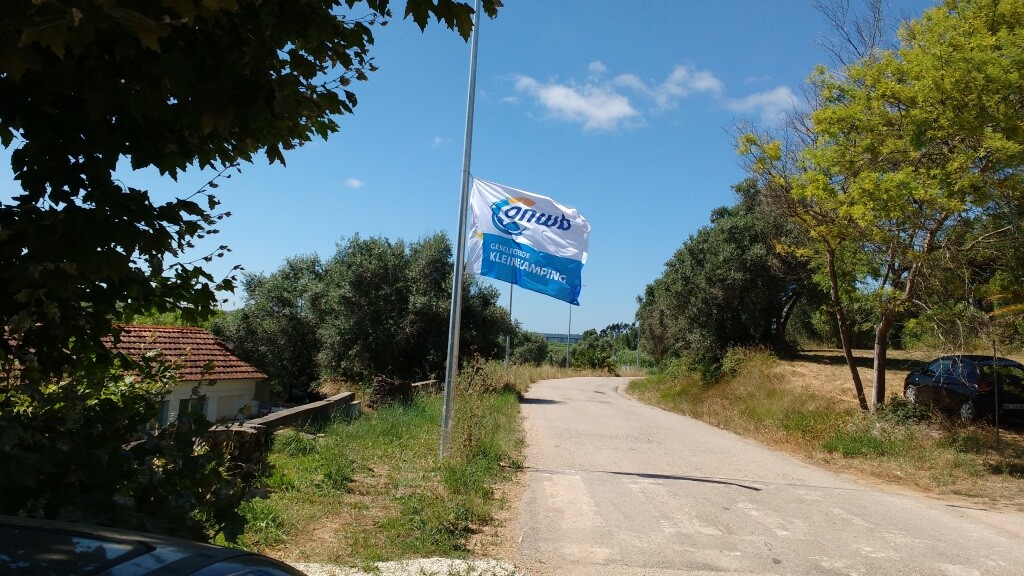