I have been listening for a year to the professora of the children, during the break. After the first confusion about where the boys (in those days 6 & 8) had to go to school, it turned out that they didn’t speak much Portuguese yet. And we were not exactly fluent, even though we had been learning portuguese for a year.

So I was allowed to go to the school of 8 children and 1 teacher: professora Ana Paula

A cheerful warm chubby woman, who talked to me every break in fast portuguese. A good listening test, but I couldn’t say much in return. And I wasn’t comfortable enough in that foreign language, to throw those typical inserts through her conversation, like: “Pronto!” or “Claro!” or “Pois!”

So I actually often said “Sim!”, and if it was serious business: “Simsimsim!” 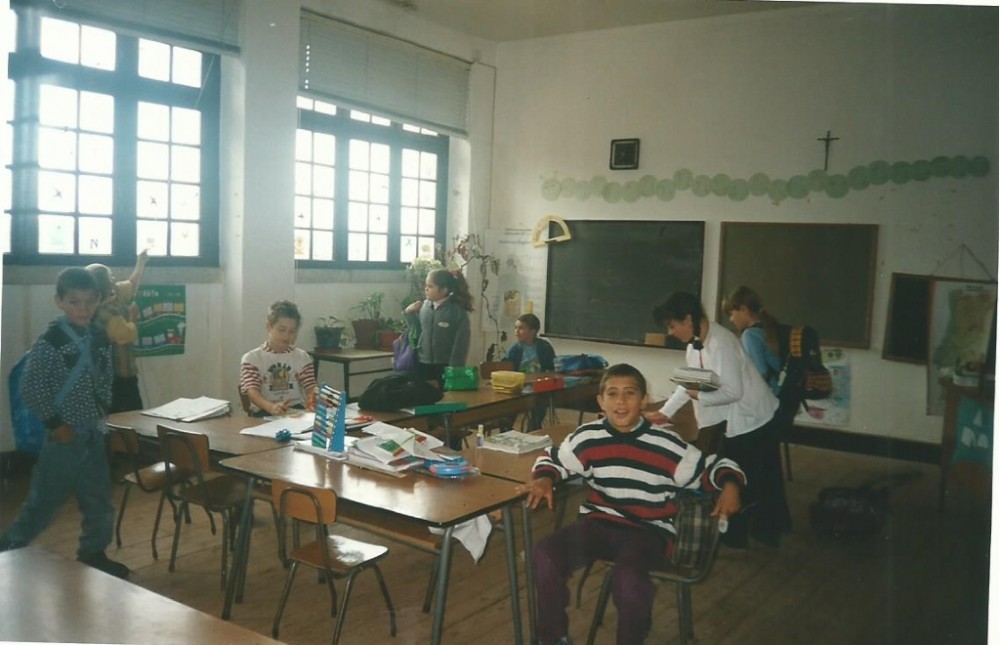 After 18 years I manage to rattle back considerably, I have developed an automatism to avoid the linguistic pitfalls in a conversation, and I even say “Pronto!” at the end of a chat once or twice.

“Pronto” is an introduction to the ending of a conversation

But what strikes me these days is that the “pois” disappears. I don’t hear it often anymore. That, of course, was one of the first words I picked up; mainly because friends have the last name Poiesz. Same pronounciation. So that was double fun.

The Poiesz-clan had a lot of fun because they walked on the market and always heard their last name. The Poiesz-es have an excellent sense of humor anyway. 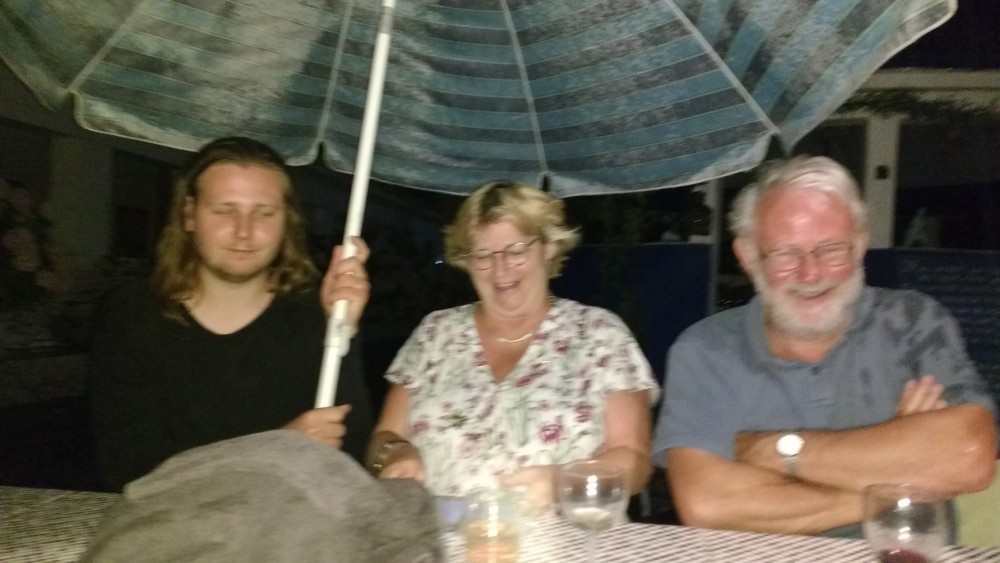 On the market you often see little groups of people chatting, but the Portuguese were – are – always up for a chat. It was even fairly normal to come across two cars that blocked the road to have a chat. Then you just waited. Nobody honks, or gets impatient. Not here in the country anyway.

In the supermarket ditto, two acquaintances who blocked the path because they had to fill eachother in about the latest details in their lives, and a lot of “pois-es” were involved.
It is a consenting sound, it means something like: I hear you / yesyes / sure / dude! / wellwell / exactly!

I hear it less and less. That can mean two things. It has become normal for me – there are more things that tell me that I have integrated quite well. I no longer fall back from awe when I see a portuguese man grabbing his earlobe in a restaurant to indicate that it is very, very tasty. I am no longer almost moved to death by the sight of a beautiful, clean, wide, quiet beach full of mussel shells (well…. this one’s on the edge ….)

I suspect that the portugese society is changing considerably

The “pois” consensus is disappearing a bit. Young people shout “Fixe!” (feesh!”) when they think something’s great, but I rarely hear them doing “pois”. The ultimate expression of harmony – “girl, I know exactly what you’re talking about, you’re so right, I know!” – is slowly disappearing.

It must be a different fashion. More from older people. The youngsters shout: “Fixe!”, which is also a consent, but in a different, more enthusiastic way. They’re not yet in that calmer pois-like phase of their lives.