Skip to content
Home » To the Embassy to renew your passport

Sometimes it seems like I have a special talent. A talent to attract difficulties.

Everything that could go wrong, I’d already figured out, so that no longer can happen. My conviction is: everything you thought of before, will not happen.

That means that sometimes I walk around with a head full of apocalyptic scenarios – then that certainly doesn’t happen. This ranges from a falling scaffolding with my son on it to letters from bank managers who suddenly claim that they have not received mortgage-payments for years, from walking around with your skirt in your panties when you’ve been to the toilet in the pastelaria to the fall of a full plate of spaghetti with tomato sauce on the tiled kitchen floor.

Now Fate is usually not impressed by that, and still finds a way to make things go completely wrong. Or maybe not wrong, but make it into a nice cliffhanger.

As was the case with my passport being renewed

As an expat you must go to the Embassy for this. So, to Lisbon. I already wrote a nice blog about it a few weeks ago.

I originally had an appointment at the Embassy on January 25. Had I kept to that: nothing wrong. For some reason that turned out to be bad, so I rescheduled the appointment to the 25th of February.

Two days before my old passport would expire

It would take a maximum of three weeks, I read on the Embassy site, and that was confirmed by telephone. Bom.

In that case I can book a plane ticket for March 23.

A little tight, but it would arrive by the 18th at the latest.

Ha! Do you already feel the difficulties coming? Because the passport did not.

It made me very restless. Sticked a not-to-be-missed message for the postman on the letterbox, and around the hour he normally comes by, I was “doing things” in the neighbourhood of the reception. 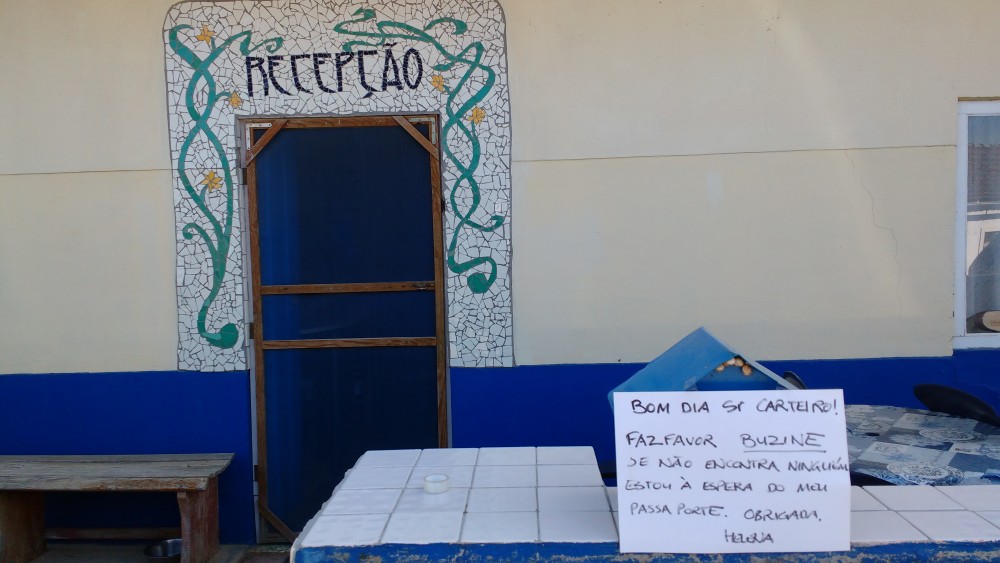 Nothing. No passport to be seen, old or new

Well, okay, one day late – it can happen, but then I started calling. At first it was said that it was “difficult, difficult, depending on what the Ministry does, three to four weeks …”

“No, no,” I interrupted in a friendly but determined manner, “I am assured it would be there within three weeks.”

Anyway, it took two days and then it was arranged that I could still pick it up. The day before I would fly. Half past five up, early train, time-consuming connections in Lisbon (two subways, tram and quite a walk – they could relocate that Embassy a bit, from an infrastructure-technical point of view).

Doesn’t matter anymore. I have my passport, renewed and all

If you read this, I’ll hopefully be high and dry in the Netherlands.