If I were a cook, I would probably be the thinnest cook in the world.
After a whole week of cooking, I am full of food smells. It already starts in the morning after breakfast, because the group wants to have a warm lunch. Following the good Portuguese example.

The group comes here to do intensive training. Far from civilization, no chance to escape! Tai Chi boot camp.

It already starts before breakfast with a session on the FairyTaleTerrace. Practicing Tai Chi means concentration, all movements are figured out. And then your balance … it can take years to learn everything.
Hence an intensive training week.

The teachers wear a special suit. Chic though! 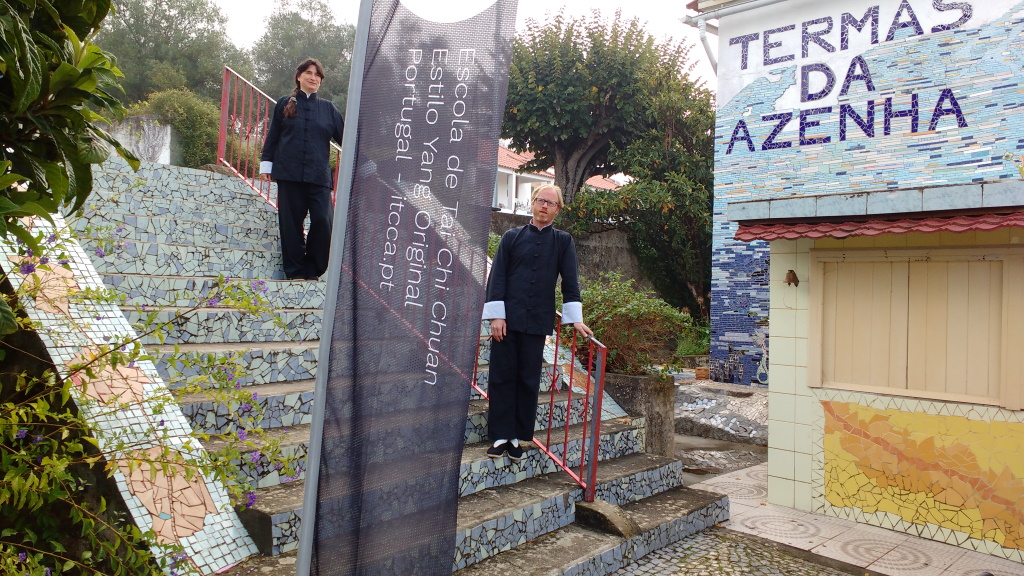 They would train a lot outside. No problem, because we have almost one hectare at our disposal. The camping field, the field behind the swimming pool and the FairyTaleTerrace soon become their favorites. They just aren’t so lucky with the weather. Sunday was acceptable, but on Monday it started to rain.

Now it never rains for days in a row in Portugal, so that makes a difference, but the grass is wet of course. Fortunately it’s warm for the time of the year. 21º is fine.

We would cook for them that week

Now I am a fairly unstable cook. When my settings are on “cooking”, like in summer, it goes fine, naturally, I throw just the right herbs in the right amount on delicious dishes. But now I was in mosaic mode, and I don’t really care about food.

This was a bit of a challenge, but luckily there is enough experience to nevertheless put a nice meal on the table. And as the week progresses, we get a kind of routine, my son Broes and me. The only thing that I still find difficult is to start – for example – pulling broth at 9 o’clock in the morning. Then your entire kitchen smells like a winter Sunday afternoon, while it is still summery and early Tuesday morning.

Your biological clock just gets confused!

Normally I eat yogurt with fruit and muesli for lunch, but now my receptors no longer want to participate. They have something like: yeahyeah, byebye, that doesn’t fit together at all, that curry scent and chewing cold kiwi. And in the evening I am so full of all the food smells that I’m no longer hungry. Hence: I would be the thinnest cook in the world. 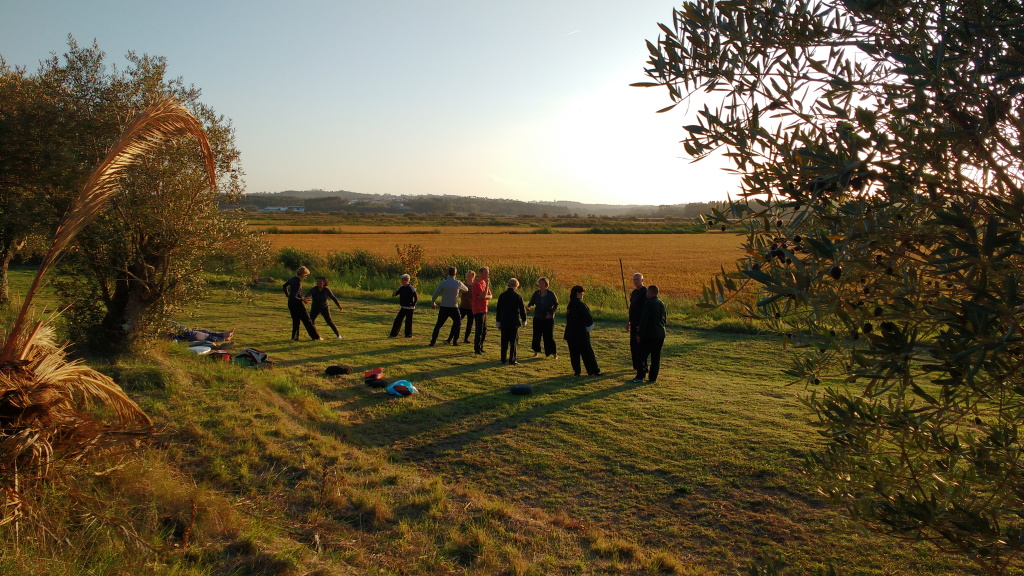 Wednesday they went on an excursion to Coimbra

A short training session in the morning, an early lunch, and then with the slow train to Coimbra. They would do a session in the Jardim Botânico – a nice place in the center. I had advised to dine at “A Cozinha da Maria”, in one of the charming alleys near the station, and that advice was followed. Enthusiastic messages the next day! “A Cozinha da Maria” is really worth it!

“We couldn’t come in at first” Matthea tells me, “but when I spied through the window, I saw them in their underwear – they were changing to start their shift!” We laugh together, charmed by such a lovely scene.

And luckily they didn’t mind that Broes and I were in charge of the kitchen here…. “A Cozinha das Termas” is apparently not so bad either!