“¡Mira, Ellen! ¡Nos está yendo tan bien!”, Raquel shouts at me laughingly as I watch them, filming from my sewing studio on the first floor. My back sometimes doesn’t want to participate very much, and besides: there is no room. These stones are heavy, but not so big. The three of them will succeed. They are doing so well.

Son Broes is quite big and strong, volunteer Desi as well, even with a difference of 15 kilos and 20 centimeters.

Broes is used to doing all sorts of strange things, such as moving these beautiful stones which always served as a bench under the peach tree. Since the tree has exchanged this world for a better one – in peach tree heaven? – the bench is a bit out of place. 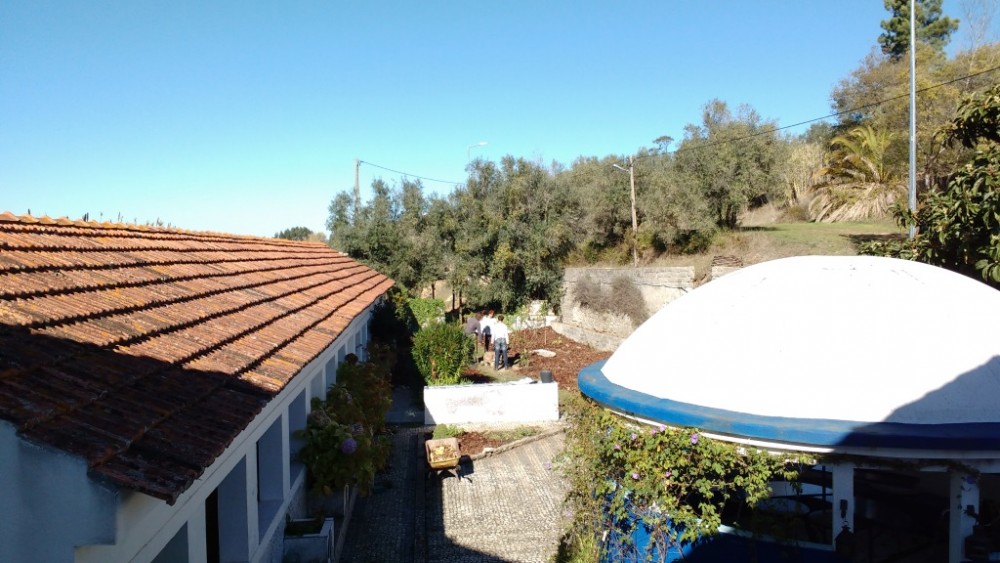 Literally out of place

With the creation of a Butterfly Garden there is a need for a place where you can put a shallow container with water. Where butterflies can sit in the sun, where they can recharge. Butterflies need solar heat, just like the abundant lizards – with rain and cold they can’t move.

Butterflies want nice flowers where they can suck out the nectar. A warm stone to sit in the sun. A secret corner where they can hide from predators and bad weather. You do them a huge favor with a cut-off spot of a nectarine-with-a-spot and the peels of your apple. A little water, that they can drink but not drown, and then you already have a bee-and-butterfly-friendly garden.

The plan was there: that stone bench goes to the middle of the garden. Easy to say, a little bit harder to do.

Misfortune – we don’t have a handy strong lifting machine. We can’t even hire one, because it can’t enter in this completely walled garden.

That’s a shame, but on the other hand, it is a challenge for your inventiveness. I just heard the three of them talking about building the pyramids – and I don’t think that’s a bad association.

Those stones are very heavy!

Desi went to fetch a few thick branches of a pruned orange tree. Smart. Now that they have removed the first stone, the second, even heavier one, can be rolled on those. It is even heavier and more massive, but also smaller. And that makes it even more complicated, because you can’t grab it.

They have invented the wheel again with the three of them

I am having such a good time, watching all this from my VIP lounge. The videos that I make don’t make any sense, because you see almost nothing at that distance through the camera. And anyway, it’s mostly backs and buttocks. Doesn’t matter, my filming is just an excuse to be here.

“¡Mira, Ellen, inventamos el método Flintstone!”,  Raquel has a good time so to hear, and dances around while the boys have to rest a bit. They need to have a brief discussion about which direction they’re going.

Imagine that you’d take the wrong way with that weight!

After a few hours, one heavy stone is on top of the other, and the butterflies can come. It is a shame that it’s November – so that will not happen – but it’s warm enough. The magnolia in the corner is thinking that it’s spring. It has lots of flowers. 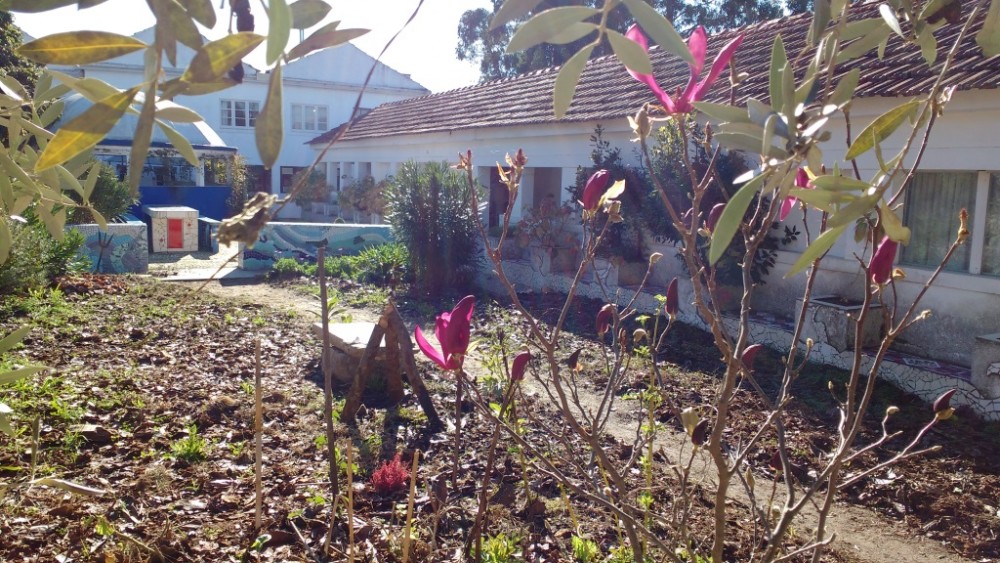 Just wait. A few more months, and then the time has come. Then all the butterflies in the area can come and dance around of joy!