The engineer beckons us to come in. That’s not too bad, it goes smoother than we thought. “We” in this case is my neighbour Josué and I.

(Josué is not really my neighbour, but the farmer who works the adjacent fields. When they’re done working, they often stop by for a cold beer, because working on the fields is dusty and warm. See the photo below.)

My neighbour was quite excited about recent developments. And not in a good way.

The entire valley is being re-organized. It’s the subject of discussion in many families in the neighbourhood. The Mother of all discussions, you could say, because there are many farmers in this area, and it’s their livelihood. 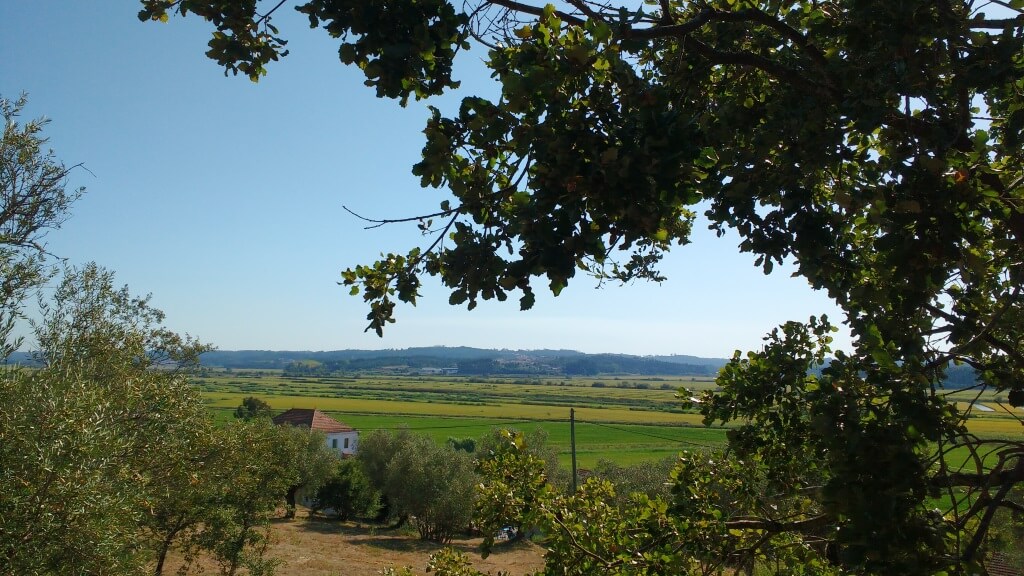 Re-arranging fields was not a bad idea, because over the centuries the valley has become a quilt of small pieces of fields, one for each of the heirs. A piece was sold here, a ditch was changed there, because waterways are inscrutable. At a certain point, it was completely unlogical how everything was split up.

As a result, the owner of a piece of land on one side of the valley had to get on his tractor to go to the other side, to his piece of land. And since the valley has many owners, re-allotment would be the only solution

Because of course it wasn’t about one owner. It’s a big valley, and everyone has their share. Meetings were announced, to which all owners were invited, to inform everyone about the upcoming changes.

It is quite an operation, the re-allotment of 330 hectares

According to Josué – I call him the neighbor because he works on the adjacent fields – a mistake has been made, and the engineer wants to dig a ditch straight through his land, and place a watertank on our grounds. A tank to irrigate your plants or trees. Not necessary for us. The few trees on the campsite manage themselves well, standing next to a ditch. Not for neighbour Josué either. For the 2.5 hectares that he cultivates, you need a different caliber watering system.

So we had to go for it. This is how it works in Portugal. It doesn’t help to call; seeing someone in person does.

On the way to Montemor-o-Velho, where the engineer has his office, Josué got even more worked up: “Those bureaucrats are all the same,” he shouts, which I found difficult to deal with, because almost over the pain threshold in that small space that a car is, “He’s behind his desk, and what does he know about the real situation?!”

Now I better not start talking about bureaucrats, because otherwise the two of us would be both screaming and shouting in that car – with frustration.

I therefore withhold from further comment, and try to think about a kind of plan

“We will do it as follows, Josué: he has to explain it to me, because to be honest I don’t quite understand it yet, with that Mother of the water (“Mãe da água ” – the start of a new spring, one of the many Mothers in this watery area) and that tank, and then we’ll see. In any case, I’m not paying 85 euros annually for a tank that I didn’t asked for and that I don’t need.”

“Okay, so you’re going to pretend you’re dumb?” Josué asks and looks at me with appreciation. “Yes, fine, let’s do that. He needs to come by to see what it’s all about.”

The engineer is a friendly man who’s willing to come by tomorrow. Does that too. Ten o’clock the next morning I hear Josué calling: “O Helena! Helena!” (*)

The friendly engineer now fully understands the point. Technical thingy went wrong. The Mother of the water will pass under the road and will be led to a transit ditch. The ditch straight through Josué’s field is canceled, and the watertank ditto.