“The poorer the soil, the more diversity” says Ellen cheerfully. We have the same name, and we have more in common.  I get a master class in “What to do with a wild garden” – an unexpected development in an expected visit.

A typical case of word of mouth recommendation

My cousin Judith is a member of a girlfriends club – that’s what caused this all.

When I write it down, it looks like you can sign up to become a member, but it’s not like that of course. These girls know each other since school, and they’ve always maintained close contact.

They’re all around thirty now, some already mother, but they have so much fun with each other that it doesn’t fall apart. On the contrary: it’s becoming ever closer because it’s becoming increasingly special.

They even organized a surprise party for one of the girls who moved to Lisbon. They were all sitting on a Lisbonese terrace and casually apped: “Hey, come on over here! We’re all here, we’ll have a nice glass of wine!” – which of course was a great surprise and success. 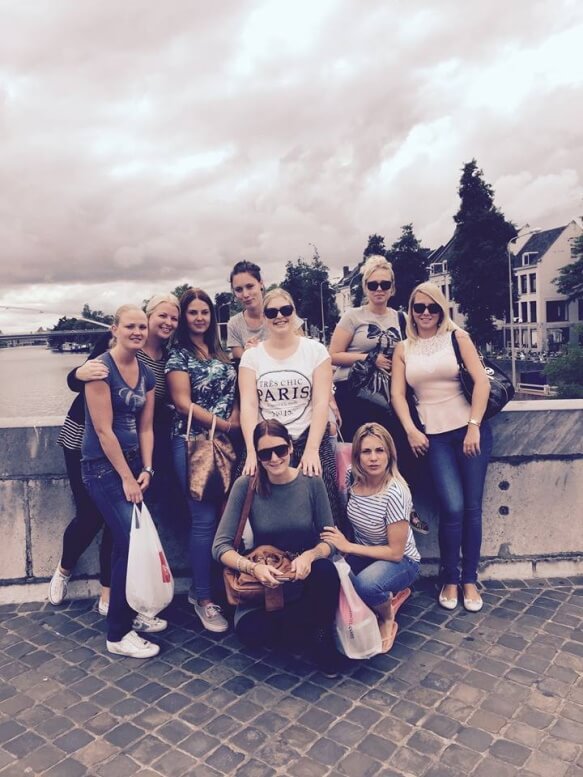 Because of word-of-mouth of that club of friends, mother Ellen and her friend Bep are now here

Ellen is the mother of one of the girls who moved to Lisbon a year ago. The girlfriends not only kept contact with each other, but they also know each other’s parents well. Ellen has been coming to Portugal since 1984 – a so-called Portuphile. In ’84, ten years after the Revolution, life was still simple and unspoilt here. Everywhere, even in the Algarve, the most touristic place in Portugal.

Unspoilt is nice for tourists, a little less for the residents themselves.

I suspect that the majority of the Portuguese don’t mind that they’re getting at the same level as the rest of the Europeans … but anyway, it wasn’t about that, it was about the visit of these sympathetic ladies. They would’ve spent a night here at the Termas-da-Azenha, but the coordination between them was such that Bep already booked a room in Coimbra. Also not a wrong address: just opposite the cathedral Sé Velha, in the heart of Coimbra, in hostel Serenata. So they only came to visit here. 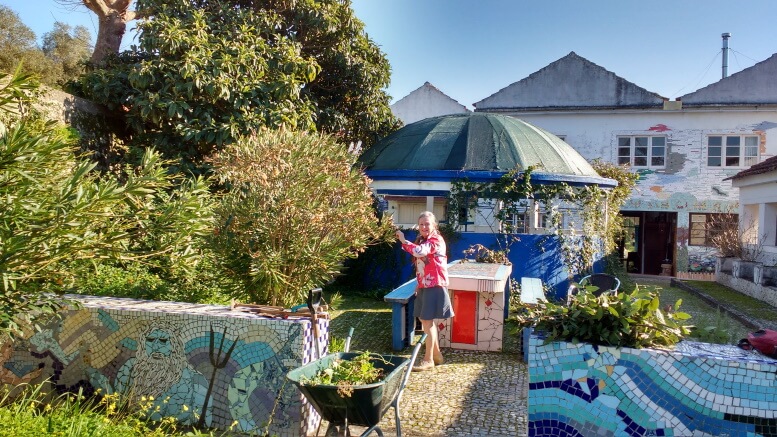 They liked it so much that after the tour and a bica* they offered to spontaneously update the Butterfly Garden. It’s full of yellow clover, morning star, evening primrose, irises, blue bindweed and of course butterfly bushes. I learn that you have to prune, mow, and clean up, because if everything gets too much food, a lot of plants will not be discussed. 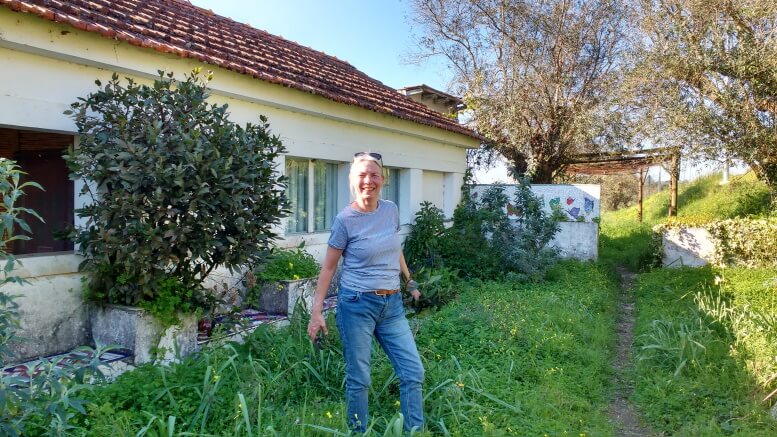 And everything spontaneously comes up here. Sometimes I throw in a bag of butterfly mixture, hence the morning star and the evening primrose, but the rest comes naturally. To be honest, I have forgotten all the names that have been mentioned, because a plant-without-name is also beautiful for me. And my head is already so full of anything and everything ….

The laurel looks a lot nicer, all dandelions are gone, and those creeps with red bumps on their stems – the name of which I’ve already forgotten. Ellen is a biologist, and not only teaches as a substitute at schools, but also gives workshops in “Cooking with weeds”, because even in the middle of a big city, there’s a lot to find to use in the kitchen. Or in your medicine cabinet.

An educational afternoon, but also fun! And very appropriately closed with a good Portuguese bottle of red nature.

* Bica: portuguese espresso – even better then the italian!