Skip to content
Home » Super tip for your (vegetable) garden

Now I love pink, so that’s okay, but it’s almost weird. So I have focused on getting a different colored flower in between. And I got a super tip for your (vegetable) garden

Blue asters. Blue windle. An easygrower. I am fond of easygrowers, because they are easy.

We want that, because my fingers sure are pink – clearly not green. 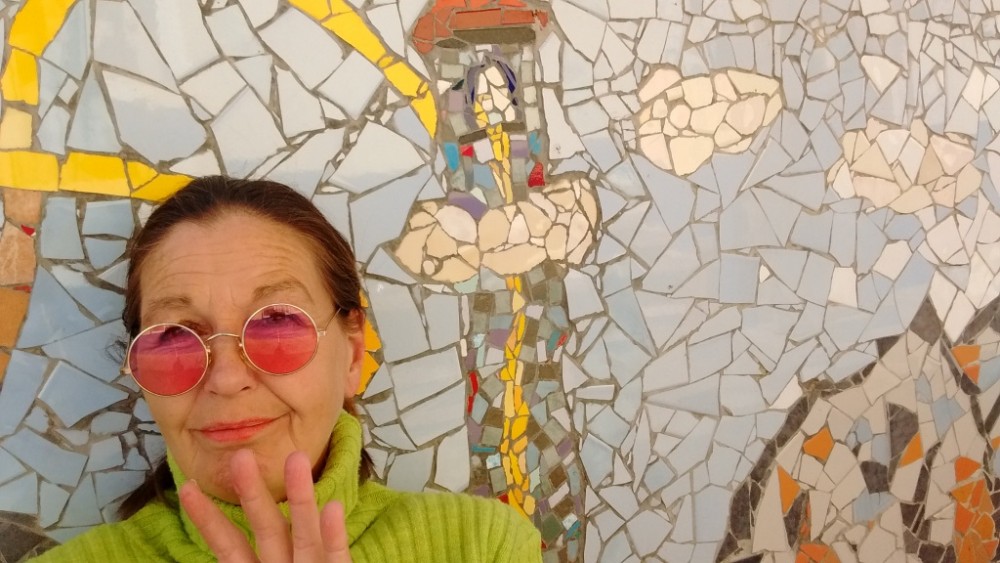 Those little white polka dots – no idea what they are called. Also easy types. Very nice. Another remnant of last year, when my brother-with-real-green-fingers sprinkled a handful of butterfly mixture nonchalantly in the garden.

And that is the way to do it apparently

I did the same thing, a week or two ago, and focused on doing it with the same ease and nonchalance. Hop, a little bit here,  a bit there … but no, they just don’t. They just know, those seeds. They just don’t grow.

Now, fortunately, I have a Plan B

In the greenhouse behind the kitchen there are egg boxes with fertile garden soil and very small green sprouts. Also butterfly mixture, because an old fox can’t be caught in one hole. Or something like that. The egg boxes are a nice trick that I found on the internet. You can put them in the ground, without having to transplant those super vulnerable little seedlings.

That goes wrong, of course, and I just want to have an abundant amount of flowers in the Butterfly Garden

For the time being, we assume that this will all work out. Then the next challenge is: watering regularly.

It has happened several times in the past month that I was still watering the plants late at night because I had forgotten. And yes, forgetting one time maybe they’ll survive, but you are too late quite quickly. And there you are with a garden full of dead seedlings.

But there I got the tip-of-your-life, the super tip you’ve always been waiting for

So simple! So easy! And so handy!

My friend Astrid came up with this very good idea when I was sharing my concerns about the growth of the cucumber plants. “You just have to dig in a bucket,” she said, “and you put in something like a fuse, and then they drink for themselves.”

“Yes,” I said skeptically, “they drink for themselves … haha!” I saw those little plants already making little mouths with their little roots. But when my sister also told an enthusiastic story about an unquenchable thirsty houseplant that she kept alive during the holidays in this way, I was sold. 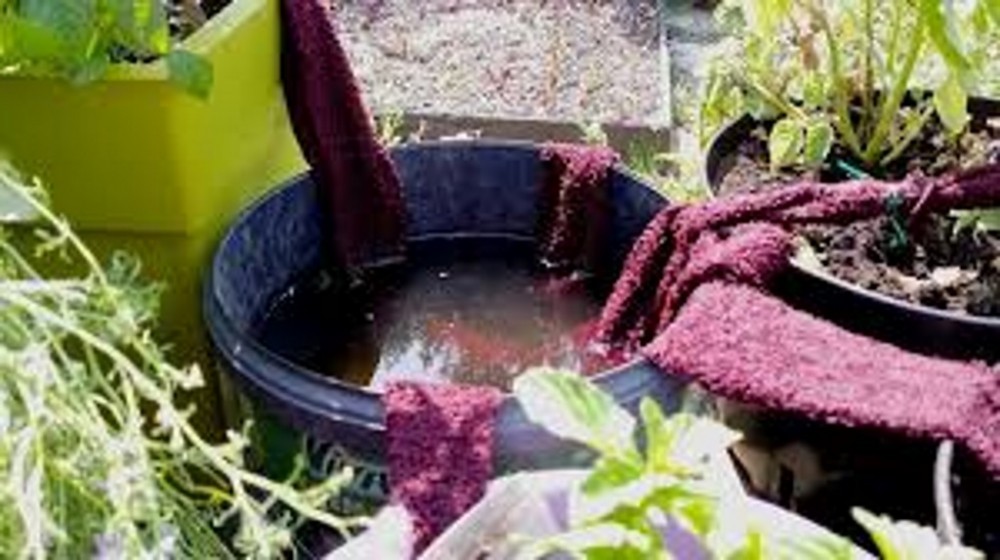 It works great! Everywhere, and with every plant. If only it likes to drink. With a buddleia it does not work, for example, because they do not like so much water. And a lily is also a lot more moderate. But it works great with these other all-you-can-drink-fans!

A step further on the way to the floral wealth that I dream of. In all colors of the rainbow!