Skip to content
Home » Portuguese nature: what are weeds exactly?

In the series “Portuguese Nature” – which appears very irregularly – we talk about what is weeds and what is not. A difficult question, I think, because I don’t find plants worth weeding when they have nice flowers. 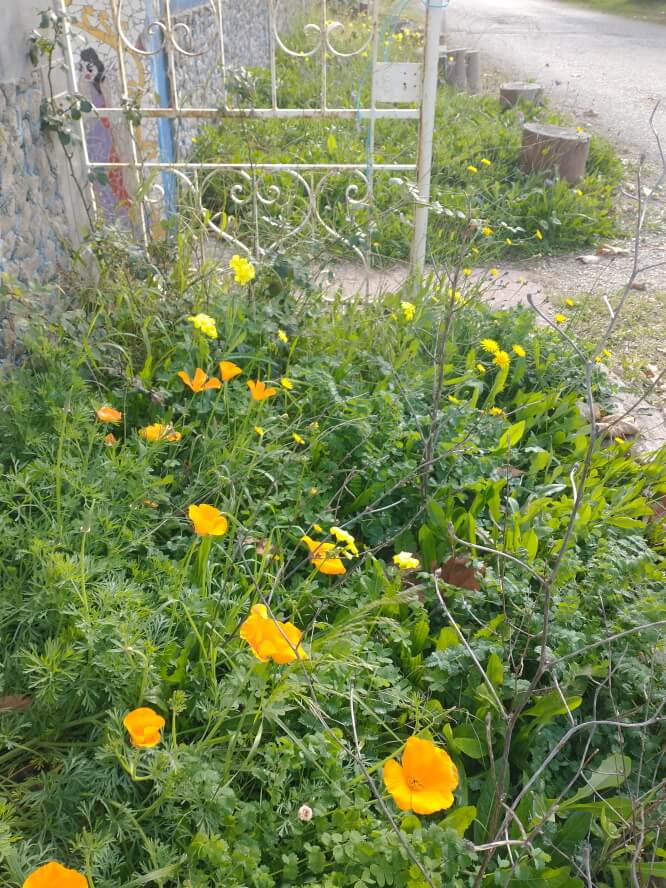 A lot of weeds have them. Nice flowers

And even large flowers. Such as the Zantedeschia, which is popping up everywhere here. Now the mini variety is the most stubborn, and flowerless, so I ruthlessly tear it out everywhere, especially out of the vegetable garden. That’s anyway a forbidden area, because all those seedlings are already having a hard time on top of each other. And I also have a hard time with it, because I feel like a misplaced goddess who disposes of life and death.

Who is allowed to be transplanted, and who is too small, or who is left standing, and just have to manage on the square millimeter? 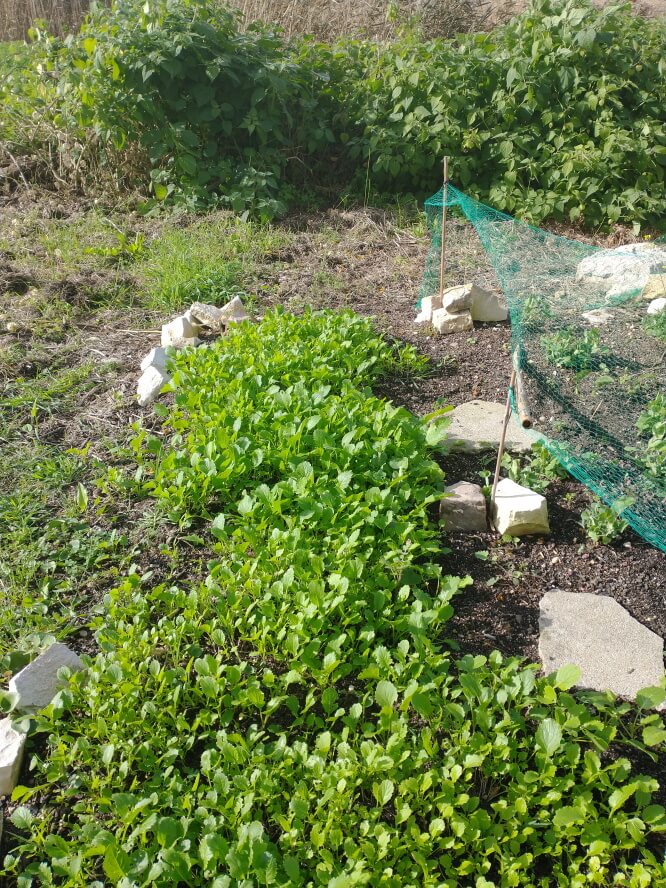 The Brussels sprouts get a bit more attention than the grelos. Grelos are native. Then I think: that’ll grow anyway, just like the physalis. You don’t have to do much about those either. It has the characteristics of weeds (that’s a plus!). The Brussels sprouts are foreigners, they have to adapt to other circumstances than they have in their DNA, so they need a little more coaching.

Okay, sorry, distracted. I also suffer from that when I’m working in the vegetable garden …

As far as I’m concerned, weeds may grow everywhere, provided it has nice flowers and they’re not in the forbidden area. There’s clover blooming everywhere, small dandelions, Spanish daisies (they wander everywhere), nasturtiums, dahlias (where do they come from?), borage, red freesia, chamomile, marigold – it is unbelievable how much spontaneously arrives and grows here.

There has been a mega zantedeschia underneath the nespereira for years (that’s a medlar) that came to live there one fine day, and since then it has always been blooming in the summer. The opposite of a bonsai – crazy big. But they are always only white, while they exist in many different colors. 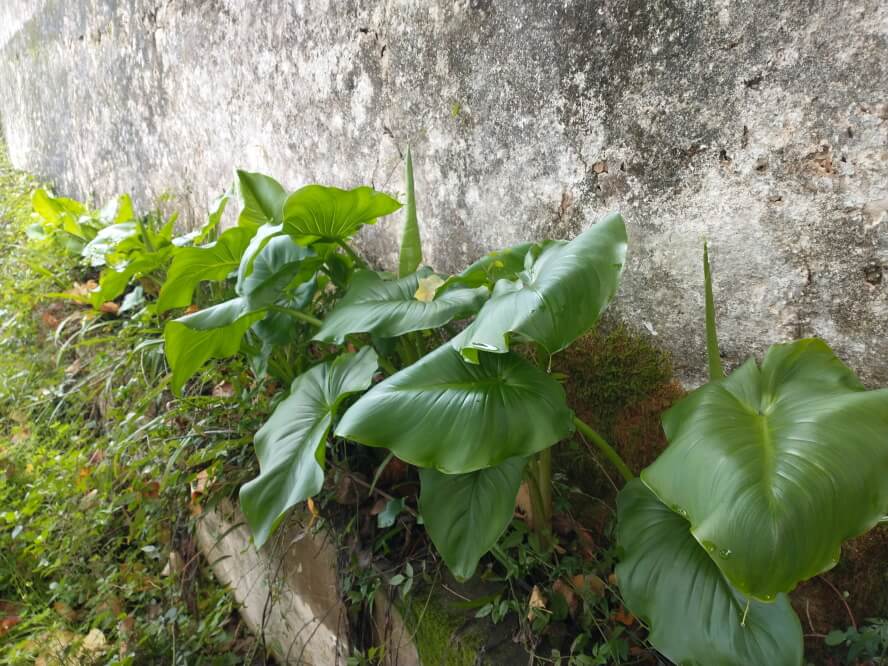 When I saw this black one at the Cooperativa in Soure, I was sold. That is to say, he was sold. To me. Magnificent! And since it is native and shows weed-like features, it’ll probably survive. 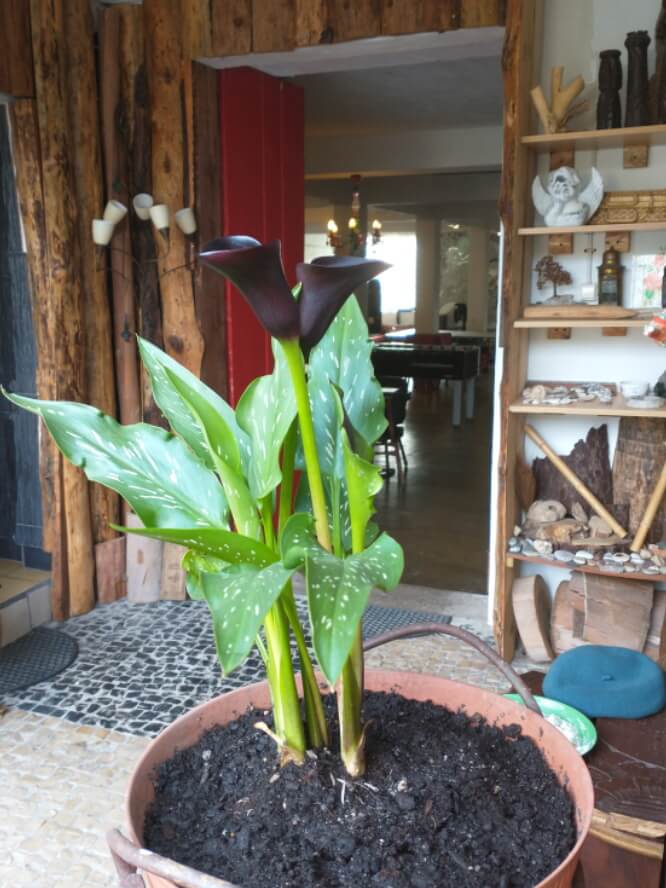 I put it in the hall of the bathhouse, in a bigger pot of course. Just the way he likes it: in the shade but enough light, protected but not too warm, and I can have a chat every day. This worked well with my Christmas rose, that’s how I call my poinsettia. A few years ago that was a wretch with two petite leaves on one branch, and look at it now. 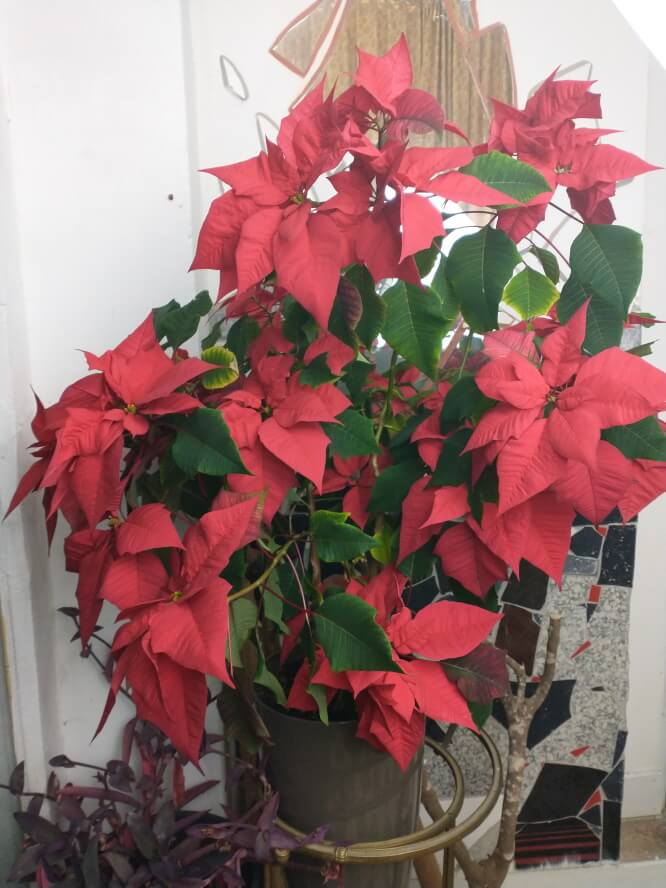 Even if I speak Dutch to them, they still grow like crazy. I hope that’ll happen with this black arum as well …